Four Swedish heroes were noticed during this exhibition – close to the place where France’s only extermination camp was situated – in Strasbourg: Raoul Wallenberg, Raoul Nordling, Folke Bernadotte and Harald Edelstam.

From the exhibition with the picture of Harald Edelstam at the far end: a collage made by Fabian Edelstam.

Is the name of the exhibition about the extinction camp Natzweiler-Struthof, 1942. Swedish comic strips illustrators gave their versions of Art Spiegelmans’ Maus. Spiegelman was born in Stockholm where his parents had settled after having survived the camps during World War II.

Later, the family emigrated to the USA where Spiegelman became one of the country’s most famous comic strips drawer. In Maus the author talks about his father, Vladek. It’s a graphic novel where the different ethnical groups are represented as animals: the Jews are mice; the Americans are dogs; the Germans are cats and the Swedes are reindeers. The stroy relates a father and son relation and how traumas affect next generations.

Throughout the exhibition, the French public discovered Swedish comics, their expressive way of drawing, personalities and contemporary interpretation. They could also familiarize themselves with some known Swedish personalities that made a difference during the War.

Showed an unusal courage despite the fact that Sweden was not participating in the war. We did not either have any victims but this young attaché still helped saving tens of thousands of mainly Hungarian Jews from the Nazis. He was arrested in January 1945 by the Soviets in Budapest. Since then, nobody really knows what happended to him. His destiny was sealed by the Soviets. The family as well as many others hoped in vain to find an answer with the opening of the archives after the fall of the Soviet Union. Wallenberg has become so internationally known that there exist several monuments of him as the one in front of the UN skyscraper in New York, at the Swedish Institute in Paris and in Stockholm just to mention a few. 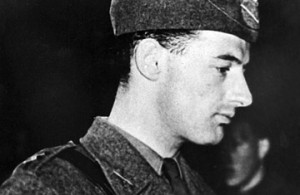 Raoul Wallenberg became a honorary citizien of the USA, Canada and Israel after his death. A Wallenberg Museum – that would celebrate him as well as other known and unknown figures who participated in a war that was not ours – in Sweden is still missing though.

It is thanks to Nordling that the Nazis did not bomb Paris as they were supposed to just before the end of World War II. He managed to convince Dietrich von Choltitz – Paris governor – to go against the orders of his Führer not to destroy one of the world’s most beautiful cities. Despite the fact that the Nazis had already placed out dynamite a bit everywhere, under bridges and at other strategic places, in order to blow up the French capital. The Swedish diplomat promised as an exchange to lead out the nazi’s family over the border to Switzerland. That night’s and early morning’s heated discussions at the well-known ancient hotel Meurice, with its view over the Tuileries gardens, next to the Louvre, has become a play – “Diplomatie” – that is fully booked every evening since a year ago when it started. At the Swedish Club in Paris, with approximately the same view, a statue of Nordling is placed in the large dining-hall. Otherwise Nordling has not at all been celebrated in Paris and few Frenchmen know of him and even less that he has saved their capital. So it’s about time that he is acknowledged here albeit in the form of comic strips. 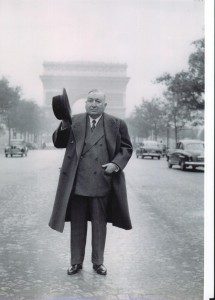 Was of Royal descent. During WWII he was the Swedish Red Cross vice-director. Bernadotte started his career within the army where he got quickly upgraded, only to continue working within the Royal court, before starting in the Red Cross where he in fact took over the presidency after his uncle – Prince Carl – who then was 82 years old. 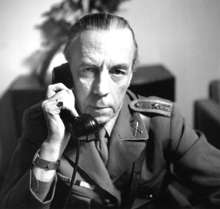 The Count became known for his “white buses” in which he transported 15 000 Jews into safety before the end of the War. In his book “The End. My humanitarian negotiations with Germany during the spring of 1945” he tells of his negotiations with Heinrich Himmler that had become commander of the German army. Three years later the UN gave him the mission to negotiate in the Palestinian question. Bernadotte’s suggestion of creating two states was probably what led him to be murdered by the Stern-gang in September 17, 1948.

Who’s nickname was “The Black Pimpernel” was one of the four Swedish figures in this Maus exhibition in Strasbourg. A book has been published about him, written by the author and journalist Mats Fors, and a film that he inspired as well, both called “The Black Pimpernel” after the famous English aristocrat “The Red Pimpernel”. This young diplomat was able to help many Jews into safety through his relations high up in the Nazi hierarchy in Berlin. He continued his activities during WWII in his next post in Oslo, Norway, where he collaborated with the Norwegian resistance movement, Hjemmefronten, until he was caught by the Germans and had to leave. Edelstam’s actions became known and widespread to the general public however after his actions to save high-ranking Chilean socialists from a certain death during and after Pinochet’s military coup in Chile in 1973. As Swedish Ambassador he even saved some of the Cuban Embassy personnel in Santiago. A foundation has been created and the first “Edelstam Price” went to the Iranian activist Bahareh Hedayat, who could not come to Stockholm to get it as she is still jailed in an Iranian prison for her Human Rights activities. 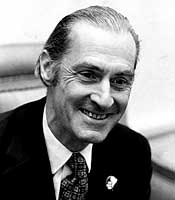 It’s positive to see that four of Sweden’s foremost human rights activists are honored in France. Our small country has – despite or maybe because of its neutral position – made itself an international reputation. It’s also a pointer for us to continue in the same direction and not give in to a comfortable apathy about what’s happening in the rest of the world as well as in our own country. That the exhibition was shown mainly in comic strips is totally up to date. In Stockholm also this spring’s series festival started to honor this art-kind that’s more and more appreciated. In France, comic strips attract adults as well as children, since long.