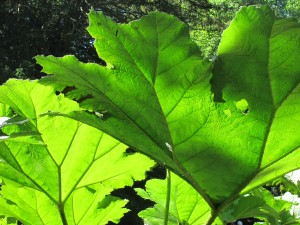 Some thoughts from the hammock:

When the grass and hedges have been trimmed and the weeds removed, what else is there left to do in the middle of the summer but to spend time in the hammock and philosophize over one’s life? This winter I’ve been thinking about religions, what they have in common and what sets them apart.

This year has been rich in events so far. A dear friend once told me that he thought that we should celebrate New Year in September instead. “Well, you know… that’s when schools and jobs start again and we all have to make an effort after the holidays.” First I laughed at his idea but after having given it some thought, I agreed. “It seems indeed smarter that in between terms.” Also during the summer vacations most of us have had the time to consider the year that has passed.

What I’ve mostly been thinking over in the hammock this summer is how the “Arab spring” could turn so quickly into the “Arab winter” with an Islamic wave that has spread all over that part of the world. Not that I have anything against Islam, on the contrary, but against the fundamentalism that is a consequence of Salafists and other groups that oppress and violates women, homosexuals and artists. We’ve seen clear traces of that in both Egypt and Tunisia to mention only those countries.

In the USA Mitt Romney, a Mormom (a cult whose members for long periods have accepted polygamy and baptising of deceased people), has won the Republican voters hearts. The Evangelists and the Creationists (who believe that God created the Earth during seven days and deny Darwin’s theory) have gained more and more influence.

In Israel many complain over the ultra-orthodox spreading fear amongst the population and pressuring women and men to be separated in buses and on public places. A kind of “gender Apartheid”.

In France the extreme right party has advanced and gotten a foot into Parliament.

My thoughts go back to the times of the Inquisition when intolerance was the norm. Haven’t we learned anything? Are we back to the fear of “the other”? Is there any hope for a better future? 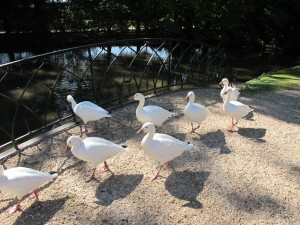 Frédéric Lenoir gives us some answers to those difficult questions in his short yet delicious book: ”L’Âme du monde” that could be translated into “The word’s soul”.

Seven different learned men and women get a “call” or an “urge” to set off to an unknown, little temple hidden away in the Himalayas. The seven are: the elderly rabbi Salomon; Ansya – a young Mongolian shaman; a Brasilian catholic monk – Father Pedro; Ma Ananda – a Hindu mystic; Kong – a Taoist Chinese; Sheikh Youssef – the founder of a small Nigerian Sufi group and finally, Gabrielle – a Dutch professor in Greek phiolosphy from the Amsterdam University whose 13-year old daughter Natina insists on following. Without knowing of each other or for what purpose they are asked to travel to the end of the world, they reach Toulanka, in Tibet, where they meet. Tenzin in a young monk of about the same age as Natina who lives and is taught in this Buddhist monastery.

Eventually they get the message that an imminent planetary cataclysm will occur that will change the world as we know it. Together they must come up with “a universal wisdom” that the two youngsters will teach the survivors.

They were inspired by what the antique philosophers used to call “the world’s soul”: the benovolent power that harmonizes the universe. Bridging over their different cultural-, religious- and historical- backgrounds they tried to define what they all had in common and came up with seven “keys” that shall lead mankind to wisdom. 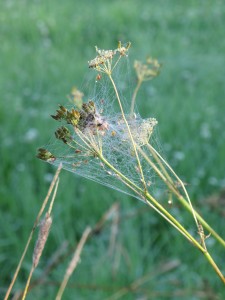 The seven keys to wisdom:

Each day of the week was divided in order for one wisdom per day to be taught to the two adolescents. The first one was about the importance of finding one’s own way in life. Be what you’re ment to be, follow your heart, find your inner peace by developing the best parts of yourself. The second one was about the body and the mind. About finding the right balance between the physical body, the emotional and the mental one and the soul. The third one was about freedom. To free oneself from others’ judgments, from one’s own impulses and loads. To learn to make the difference between what is right and wrong, what is justice and injustice, what is positive and negative, what is essential and what is not. The forth was about love. Love that binds us all together, the glue in every relationship whether towards your child, partner, nature or a stranger. Love and tolerance go hand in hand and can be developed throuhgout our lives. The fifth was about the garden of the soul, how to plant the right seeds and how to remove the weeds. The qualities to develop and the bad sides to improve. The sixth was about the art of life, to find happiness in each moment, about the right attitude. The seventh and last one was about accepting the inevitable and change what can be changed.

The last part of the book was about what happens next and that I shall not divulge here.

Has this book made me any wiser I wonder? I have enjoyed reading it. Now it’s up to me to adhere to and specially to apply all the wisdoms I’ve been taught. But I’ll have to reread the book several times before everything makes its way into my head as well as into my mind, and yes, even into my soul! Luckily the summer holidays are long…