The women and young girls who’ve escaped or been released from Nigeria’s terror group aren’t accepted by the society they return to, according to the peace organization International Alert’s (and UNICEF) last report. 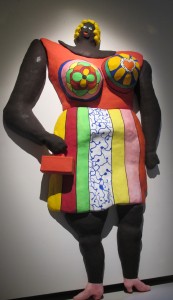 Their advisor, Kimairis Toogood, announced that “a lot needs to be done to integrate these girls who have returned home. Many are traumatised for having been raped and separated from their families, so we must see to it that they get help upon coming back.”

At lest 2000 women and girls have been kidnapped by Boko Haram since 2012, including more than 200 girls last April from their school in Chibok. On top of having to put up with being the groups’ sex-slaves, some were also trained to become soldiers or suicide-bombers.

The Nigerian government and military does its utmost to free as many as possible. However, upon their return, their kinsmen reject the women, because they are considered to be “Boko Haram’s wives”. The villagers are afraid that they might have been radicalized during their captivity and that they may recruit others.

They would need to be rehabilitated before their return home. In parts of the world – such as in France and the UK – there are specific “de-programs” for indoctrinated individuals to get them to realize that they’ve been brain-washed, but nothing of the sort exists yet in Africa.

Some of the women have had children too during their captivity and these are definitely not accepted. Even if the women themselves eventually reintegrate their villages, their children are considered to carry “bad blood” coming from their fathers. This is a stigmatisation that leads to their rejection, discrimination and risk of being subjected to different forms of violence. Some mothers hate their own children and others worry that they might behave like Boko Haram when they grew up.

The report determined that even if a certain amount of help reached the women, it wasn’t sufficient and as a result, many are forced into prostitution to survive. According to Toogood, “it’s essential that the survivors and the individuals returning to their villages get helped in order for the situation as a whole in Northern Nigeria not to get worse”. A project for Alert and UNICEF to tackle in the near future.

Exposed women and children’s situations are something we in Europe also have to learn to tackle with the thousands of refugees coming into our countries if we want to avoid future problems. Africa is knocking on our doorsteps and we can’t shut it out forever. Terror and fundamentalism are global problems that must be tackled on an international level. The Nigerian girls are also our girls.