Centre Pompidou, in Paris, is currently showing an interactive exhibition of the controversial artist, Francis Bacon. His over one thousand books inspired him for his paintings, which this show is proof of. 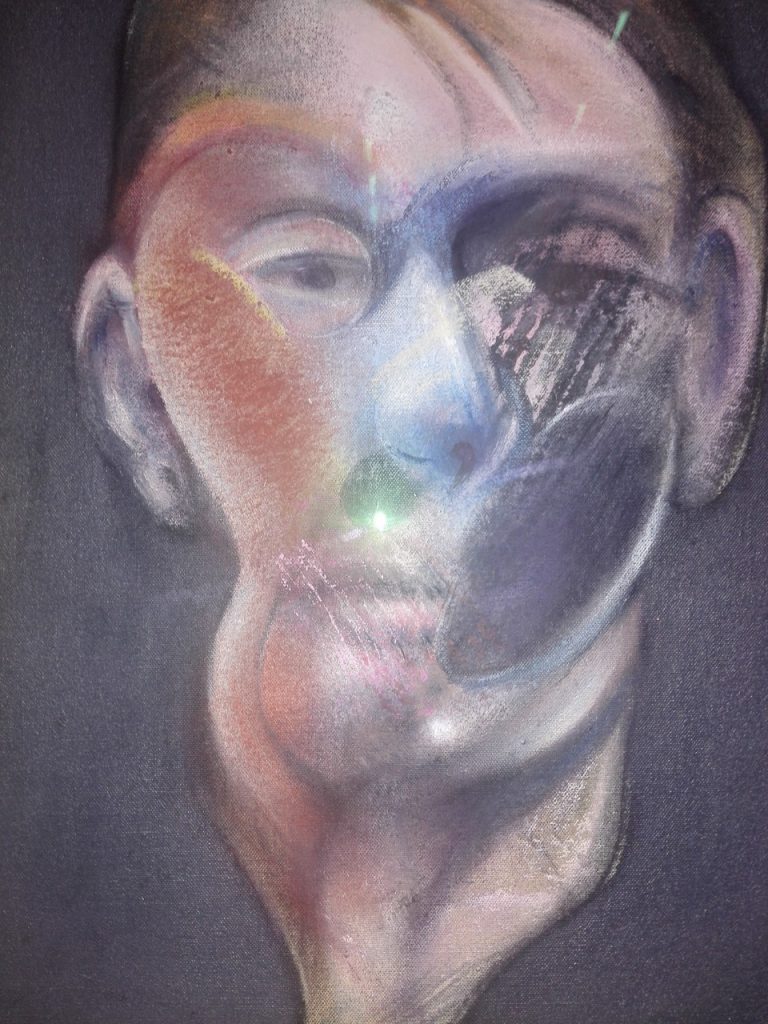 Despite that Centre Pompidou is currently being restored and modernized, it continues its activities. Internationally it has expanded with a museum in Brussels, one in Málaga and one to be inaugurated in Shanghai this November.

Instead of organizing a retrospective of his works, the museum decided to show pieces that he made between 1971 and 1992 together with the books that inspired his creativity. It may sound a bit strange, but has proven to be a successful project. Each room is filled with his huge and rather morbid paintings, contrasting with smaller rooms within the larger ones, in which literature is being read aloud in French and in English.

Six different authors from the antiquities, such as Eschyle, to modern ones, such as T.S. Eliot, accompany Bacon’s paintings. Several of those, sometimes crude texts criticize society, colonialism, or women- and racial oppressions. Maybe his own difficult childhood explains these choices? His father brutalised him as a child and, when he came out as gay, totally rejected him. He then lived in a sadistic-masochistic relationship with a man who ended his own life. Bacon’s art is a reflection of all that and much more of course.

This mixture of beauty, violence and brutality is also prevalent in his series about bull fighting and the one about boxing. The violence in this context was sublimated in sexual pleasure. Picasso and Velasquez both influenced him. However the rather grotesque figures are from his own imagination as well as from surreal movies, among others, films by Louis Buñuel that he’d admired. 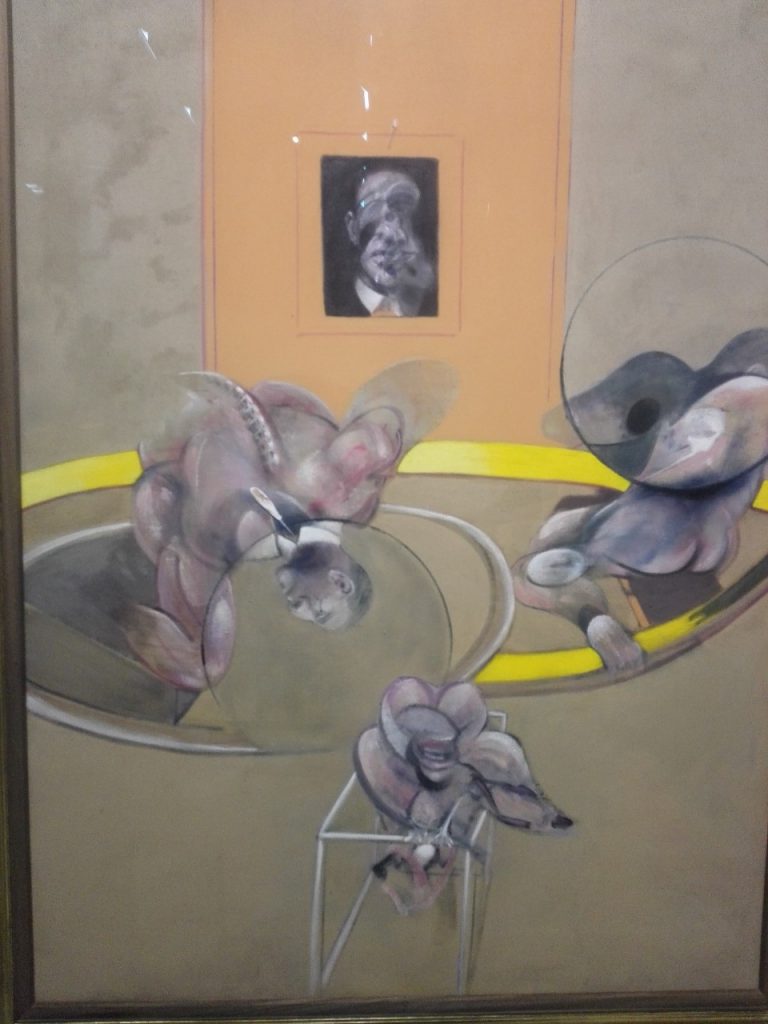 Three figures and a portrait. 1975

His paintings reminded me more of Lucian Freud and Salvador Dali, whom he inspired, rather than of Shakespeare or Nietzsche though. The smell of human blood never leaves me, is a verse taken from one of Bacon’s favourite authors, the Greek dramatic poet Eschyle, whom he often cites in the documentary about him that’s also displayed in the exhibition. And the paintings are indeed both bloody and full of anxiety, with its tormented and distorted figures but that also show a majestic artistry.

His brush-strokes and his choice of colours as well as the paint’s thickness that sometimes spill over, contrast with the geometric framing. Whatever one might think of his art, that isn’t easy to abide to, it’s impossible not to admire his dexterity and imagination. And isn’t that what art is supposed to do: upset and touch us on a deep level?

“When I read certain texts, I see images and figures in front of me. I also see new scenes every time I reread the same books”, Bacon explains in one of the videos. To the question that these may seem morbid, he answered that “the world is hard and brutal and an artist’s job is to interpret that reality without copying it.” He found the figurative art to be a difficult branch, as there are so many means to relate it exactly as it is, such as through photography or film. It’s therefore important for figurative artists, such as Francis Bacon defines himself, to find his own style. Which he really has succeeded in doing and which brought him great fame.

Bacon’s paintings have their own language but Centre Pompidou has given them yet another dimension by this interesting interaction between paintings and literature. However, isn’t everything communication and relationship between the work of art and the viewer or the reader?

How we interpret this language is up to each one of us. You have until 20 January 2020, to discover Francis Bacon’s unique language.