The French satircal magazine Charlie Hebdo has again stirred up feelings. Demonstrations in the Arab world had just started to calm down after the riots around a controversial film about the Prophet Mohammed, that the magazine published new satirical drawings about fanatical Muslims. 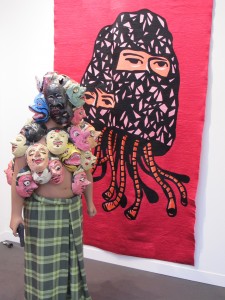 Can we joke about religion?

Since long, French humorists have made fun of Christianity, the Church, the Catholic prudery and been subjected to hatred from Catholic right-wing groups. Coluche, Pierre Desproges to name but a few, never stopped but continued unperturbed their satirical criticism of society.

Dolls are created in France at the beginning of each new goverment, representing the President and different Ministers. Every evening at the French television these dolls make fun of what politicians have done and said during the day. The French are very fond of these “pseudo-news”. Cartoons are also very appreciated in this otherwise very literary country.

What might be lesser known is that in the Arab world during the Prophet’s time there were ambulating story-tellers, satirics and humorists who did exactly the same thing. Their way of criticizing leaders and social injustices was through humor in the form of funny stories, poems, songs and tales…

It’s thus not a new phenomenon but a weapon that has existed and been used in all times and cultures against abusive rulers.

Egyptians are especially known for their sense of humor and don’t stop for a joke. The Internet is proof enough with all their drawings of “bearded men” and veiled women that have spread like fire since the Islamists advances. 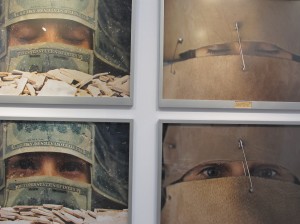 The laughably badly made movie about the Prophet was published already several months ago and can only have been an excuse for what was probably one of al-Qaida’s (or a branch of it) deeds when it killed among others the Arab-speaking American Ambassador to Libya. Libyans themselves were among the first to condemn and be revolted by these killings which they showed by demonstrating. Despite that, anti-American riots erupted in several Arab countries. In France all anti-western demonstrations were forbidden because of fear of violence.

Upset and discontent masses are easily moved by manipulative leaders who want to entice them away from a sad reality of poverty and unemployment that they can’t tackle themselves. It’s always easier to blame “the other” whoever that might be.

That doesn’t only occur in the Arab world. It’s enough to watch the dirty games of our own politicians to understand that it’s all a manipulation based on fear and discontent. It wasn’t so long ago that the West blamed the Jews for all our miseries with the results we all know. Now it’s the turn of the Muslims and they revolt!

The price to pay:

Most religious organizations in France have condemned the satirical drawings and Charlie Hebdo for “incentive for violence”. Charb – the chief editor – argued about his right to freedom of speech. He wanted to create a debate around the subject. ”Only sell his magazine!” argued the cynics.

”For those who feel upset about our publications, I’ll be happy to meet them in court,” Charb said and added that during the last 20 years, he had 14 lawsuits against Catholic right-wing groups and only one against an Islamic group. Was it a good idea to publish those cartoons just now, one may wonder. “If we considered every thing that happens in the world, we’d never publish anything!” Charb defends himself. The French Interior Minister – Manuel Valls – interposed that ”freedom of speech is a right in our country and we won’t tolerate any violent counter-demonstrations”.

Nontheless, most French schools and Embassies closed during the Friday – prayer-day and also rioting day in Muslim countries.

These past days 30 people have already been killed and several hundreds been injured. It might be time for those countries’ governments to explain to their people that in a democracy the governments aren’t responsible for the written word and for newspapers or magazines but that they can publish what they wish. A hard truth for some newly elected Islamist leaders to swallow… 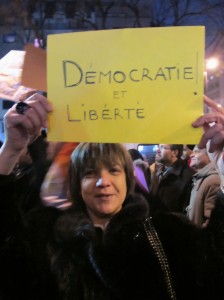 The Arab revolutions have led to artistic expressions that will not be silenced though. So should we in the Western world be silenced? Or – as in all dictatorships – introduce self-censorhsip out of fear for the consequences of free speech?

Fanatics and extremists will probably always exist but now the Arab countries’ new governments have to show that they can stop their violences and safeguard their populations. It’s after all their revolutions it’s all about and not ours.

What is desperatly needed is an Arab Nelson Mandela to unify all the positive forces to create a new, modern and free Arab Wold! Where are you?