Flying from Cairo to Beirut takes only a bit over one hour but the differences are immediately noticeable. The capital of this tiny country – encompassing ancient history, the sea as well as the mountains – is a mixture of Paris and Cairo. A Western city with a dust of the Orient. 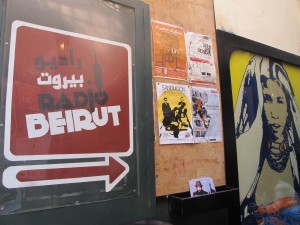 Beirut is like New York divided into different areas: Armenian, Christian, Muslim… In the Christian one, where we stayed, the girls wore no headscarves and there were an unimaginable number of bars crowded with young fashionable Lebanese having a good time. However walking another fifteen minutes away, the Hezbollahs’ black flags on rooftops gave me the shivers.

In all areas, both the local wine as well as the beer is excellent, not to mention the delicious food. The city streets are very clean – thanks to Bangladeshi sweepers I heard. And they can sweep – that I can guarantee!

The flora resembles the one in Southern France and when I peaked into the alleys, the vivid colours of the bougainvillea’s and the different cactuses overwhelmed me. If it wasn’t for the neighbouring Syrian war and the threat of the fundamentalists, Lebanon would be a small paradise. Along the corniche, lovers were holding hands and families filling up seaside restaurants. 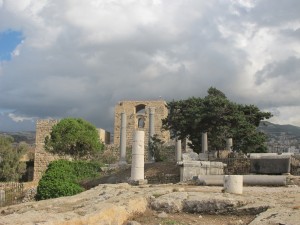 The country’s situation is shaky as proved by the military trucks and soldiers parked alongside the road that I took into town from the airport. Certain areas aren’t possible to visit at the moment, such as Baalbek that is too close to the Syrian border with no security guarantee. Kidnappings and militias give the order of the day there. Even interviewing refugees in the camps was discouraged.

Instead I decided to visit one of the world’s most ancient cities: Byblos – a small but charming harbour with interesting ruins. In the Old Testament the city was called Jbeil (mountain in Arabic) but the Greeks renamed it Byblos – meaning Papyrus.

It is difficult to believe that this sleepy little village was once a Neolithic (5250 – 3800 B.C.) village and eventually evolved into one of Rome’s most important religious- cultural and commercial centres. During the Bronze Age (2900 – 2300 B.C), the inhabitants developed an infrastructure of houses, alleys, an intricate water system and roads surrounded by the town wall.

Byblos commercial exchanges with Mesopotamia and Egypt as well as their respective written grammatical systems led to a speedy development of the Phoenician culture. The city constructed monumental buildings and temples dedicated to the Egyptian goddess Hathor. Byblos experienced peak times under the Hittites, the Persians, the Greeks and Alexander the Great, Romans, Christians and Muslims… before falling into a deep slumber during the Mameluks (1289 – 1515) that it never recovered from. 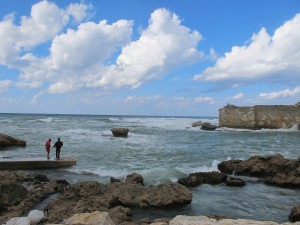 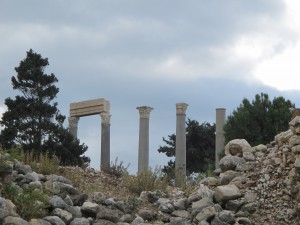 It wasn’t until the end of the 19th – beginning of the 20th century that Byblos was rediscovered by some French archaeologists. Most of the artefacts found have been displayed in Beirut’s National Museum. Some ruins are the only remains left in Byblos and the visitor is invited to imagine the harbour’s past glory through wax-figures shown in an underground museum. Tiny alleys took me down to the seaside and an excellent fish restaurant – well worth the detour. 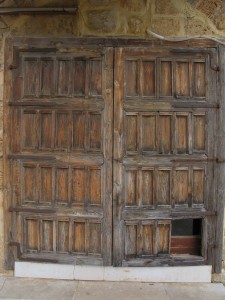 is situated in the opposite direction, up in the mountains at 850 meters. During the winter season, the Lebanese go even further up in the mountains to ski in well-equipped ski-resorts. And during the summer months, they take lodging there to escape the heat. Unless, of course, they prefer to take a dip in the sea – the country is blessed with many possibilities. 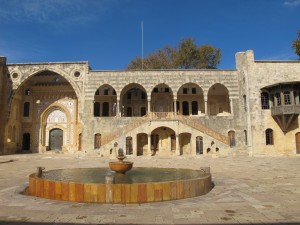 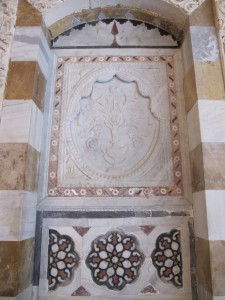 The road up to the palace is bordered with banana- and olive trees. An Oriental Switzerland. We’re in the land of the Druze – a well-kept region harbouring a Muslim sect. Walid Jumblat is the name of their leader – he’s a socialist of Kurdish origin – whose family is well-known and respected. No trash visible, modern cars and houses are proof that the area, the Chouf District, is prosperous. A local library filled to the brim with books and an impressive children’s department show that education is given its rightful importance. In general the Lebanese score highly in literacy (in comparison to the Egyptian poor result of 40 % illiteracy).

Lebanon is essentially a private enterprise so its inhabitants have long since had to learn to take matters in their own hands hence their entrepreneurial spirit.

After a stop at one of Lebanon’s best pastry shops – where we had a choice of different local specialities such as knafeh and spiced breads – we arrived at Beshir Shehab II’s palace, known as Beit el Din. He governed Mount Lebanon during more than half a century. The construction started in 1788 and lasted for 30 years. At its entrance, the villagers come to fill up their bottles with water from a clear source. 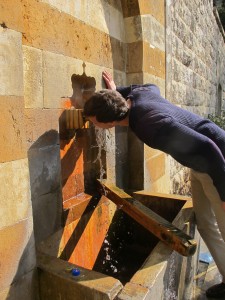 Since 1934, the palace has been declared historical monument and been restored. It is still partially used as a summer resident for the country’s president (the new one not yet elected though). The palace is decorated according to traditional local style with beautifully painted ceilings and doors in a mixture of Italian baroque and Damascus style (using Syrian craftsmen). The baths are impressive with different marbles, hot water and floor heating, as well as natural lightning. The furnishing is in traditional Islamic style – modest – with colourful cushions and low tables. The palace’s real jewels are however hidden in its cellar: extraordinary byzantine mosaics. Most of them are from 7th century’s churches and exhibited in what used to be the emir’s stables. 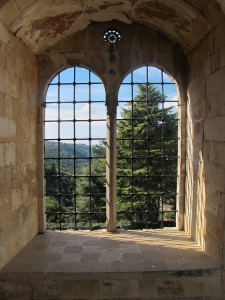 On our way back to Beirut, we enjoyed a typical Lebanese lunch at Mir Amin palace turned into a hotel and restaurant with a panoramic view over Beit el Din. “In the summer it’s always full here and many people choose to celebrate their marriages here,” explained our guide. 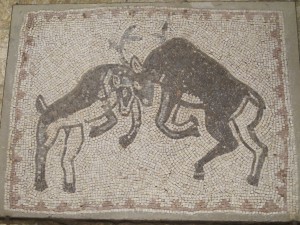 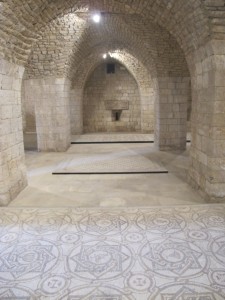 The Lebanese like partying and enjoying themselves. It might be a result of the long civil wars and the regional shaky situation that make them seize the moment without waiting for tomorrow. And isn’t that what we’re supposed to do? Live in the present?

Even I nearly forgot about the nearby frightening war and fundamentalists because of the generosity and warmth of its inhabitants. 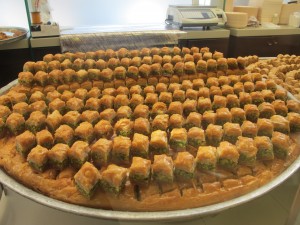