Alaa el-Aswany – the author of Yacoubian’s building – came to Paris to present his last novel and to explain to the somewhat bewildered Frenchmen Egypt’s latest developments. Together with another great author, Gilbert Sinoué, he held a conference at the French-Egyptian society. In the meantime events are continuing to unfold in Egypt.

Comes from a well-off Egyptian family. His mother originated from Alexandria and the father, stemming from the South, – a Saïdi – was a respected lawyer and writer. Alaa, born in 1957, graduated from a French school before his dentist studies at the Cairo University that he continued in Chicago. He then returned to Egypt where he established himself as a dentist in the capital.

It’s his patients and their personal stories that have inspired his books’ well-described personalities. He also exposed Egypt’s rampant corruption and social problems especially in his bestseller “Yacoubian’s building” that has been translated into more than 30 languages before being filmed. His next book “Chicago” takes place in his former student-town in the USA. A collection of articles – published in the Egyptian press and translated into English – were published under the title “On the state of Egypt: what caused the revolution” (2011). 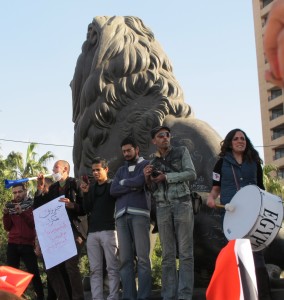 As activist against Hosni Mubarak, he founded the opposition party, Kefayya (meaning: “enough”, a common Egyptian expression) the party for change in 2004. He was considered a leading political analyst before the 2011 revolution. However then internal strife led to the party loosing its influence and thus it didn’t have enough followers to stand a chance in the upcoming elections.

The writer further lost his face in a direct television programme where he got into a fight with Ahmed Shawfiq, the Mubarak-appointed Prime Minister (who was later fired).

Alaa el-Aswany has been criticized for supporting Morsi against Shawfiq during the Presidential election rounds. He did however, like most of his compatriots, eventually regret the election of the MB (Muslim Brotherhood) led government. The Copts don’t see him with tender eyes though as they, particularly, have been afraid of the MB – aware of their numerous attacks against them. One might imagine however el-Aswany’s own precarious position had Shawfiq won the elections…

His latest book “Automobile Club” was published this fall in Arabic and was an immediate success despite the on-going political turmoil. It will be translated into French as a first foreign-language (to be published in February 2014).

Egypt was one of the first countries to import cars (in Germany they were first considered to be “against God’s wishes”!). The Automobile Club was founded in 1924 for car-owners and car-lovers and still exists. His novel might be called an Arabic “Upstairs Downstairs”, depicting the relations between the members of the fashionable club and their servants. If his portrayals are as well written and funny as in his other books, this will surely be an enjoyable read about a lost and forgotten époque and a nice change to the current turbulences.

Is ten years older than his colleague, born in Cairo. He went to a French school there before immigrating to France. Most of his around twenty books have been written in French. He has throughout the years won many literary awards and is an esteemed writer.

One of his best-known books is a historical description of Mohamed Ali, known as the founder of modern Egypt. Sinoué has dipped his pen into different genres: everything from novels, to biographies, thrillers and historical books to film- and theatre-scripts.

However this remarkable man has more going for him than being a famous writer! He is also a musician. He studied music – classical guitar – at the Paris Conservatoire, plays guitar and has taught it.

A meeting between two writers:

Their talk concentrated around the current political situation in Egypt and what they believe the future holds. Sinoué decided to be the “Devil’s advocate” while el-Aswany was confident in the country’s future: “the Egyptian people has been able to topple two Presidents in two years time” he optimistically exclaimed.

However Gilbert showed some concern about the military with its almost Pharaoh-like acclaimed President al-Sissi. What if the military took over and Egypt got stuck with yet another dictator?

“Then it would be the fault of the people! We won’t give up the struggle for social justice. That’s what we’ve been fighting for since the start”, Alaa answered.

Alaa considers the Frenchmen’s opinion as important to him so he was delighted to come to Paris and fill them in about the latest events in his home country. He explained why the Egyptians wanted to get rid of an “incapable and dangerous” President such as Morsi but insisted that the violence that took place from both sides during the expulsion of the pro-Morsi occupants needed to be independently investigated. Alaa, along with many of his compatriots, also showed his indignation at the US-stand, favouring Morsi.

However, if the Americans are to be criticized maybe it should be to have favoured and helped the military come to power and overthrow the King in 1952? Egypt might have been a thriving democracy by now…

The writer continued his speech, guaranteeing the audience that the Egyptian people isn’t divided but unified against the “terrorists” that burned, attacked and killed policemen, Copts and other innocents after the overthrow of the elected President. “It’s the MBs militia that are behind those attacks”, Alaa said. 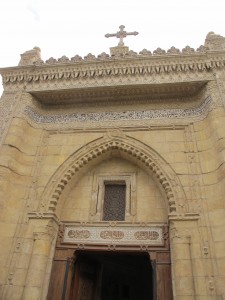 “That doesn’t mean that I’m for the military other than for combatting the thugs and defending the country from degenerating into another Syria!” he reassured us.

According to him, the political debate has just started and the most important is to keep the democratic process rolling. In the coming elections, the Egyptians will vote for or against the draft of a new constitution that a committee of 50 specialists are currently amending. Alaa was hopeful that at least the controversial article 2:19 that allows the implementation of the Sharia’ law (meaning for example to cut the hands of thieves and stoning of adulterers) will be abolished. He is confident that there aren’t more than 7-10% fanatics active in Egypt.

Two days later, his words would be tested. I attended a fully packed but tranquil conference at the private association France-Egypt but that was not to be the case in the much more public Institut du Monde Arabe (IMA). In the midst of the conference an outcry started that developed into such a turmoil that the writer had to flee through a back-door as shown in this short film: http://www.youtube.com/watch?v=Z8DTWHBzaOE&desktop_uri=%2Fwatch%3Fv%3DZ8DTWHBzaOE&app=desktop

The protestors yelled “down with the military” and “Morsi, Morsi!” They were evidently pro-Morsi who thought that el-Aswany had let them down. Their anger and sheer number led me to wonder about the writer’s assurance that these people were less than 10 % …

When they even venture outside of their country’s borders to create disorder in the midst of Europe, it’s evident that they won’t give up the fight that easily, I thought. 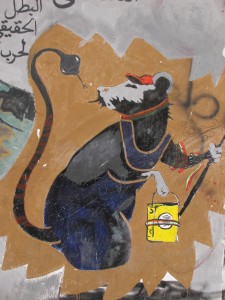 Morsi is defiant as he showed once again during the trial against him that had to be postponed until beginning January 2014.

According to the local newspaper, el Farg, published beginning November, a complete report of the investigation had been conducted by various security departments (regarding the court-case against Morsi and 14 others) in the Etehadeya Palace; incidents in which pro-Morsi demonstrators attacked anti-Morsi demonstrators in December 2012. The pro-Morsi demonstrators attacked and arrested several opponents and took them to a room at the entrance of the palace where they were both beaten and tortured. There were many casualties during these demonstrations and Morsi and others from his close entourage are facing charges for having issued the orders that caused this bloody confrontation. (summary and translation by Ahmed Sherif).

The country is also still waiting for the trial against another former president: Hosni Mubarak and his order of the killings of peaceful demonstrators in January 2011…

The military leaders now in charge are getting tougher and tougher especially against anybody who dares to criticize them, as the satirist Bassem Youssef harshly discovered when his show was stopped after having poked fun at the current government and its military chief General el-Sissi.

Will writers like el-Aswany dare to stand up for freedom of speech this time too? In this “Sissi-mania” that has seized the country, that’s unlikely. 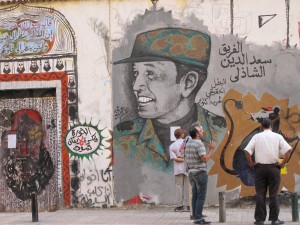 As the current situation looks, the country doesn’t seem to have seen the end of the conflicts. There are many more battles to be fought – political ones – for a new Constitution, a new Parliament and finally a new President to be elected during next year 2014. The near future promises to be an interesting one, as democracy is as yet far from acquired. 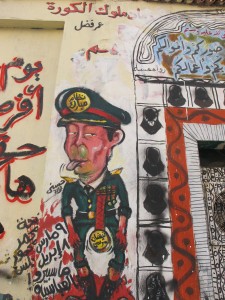