Is there another hidden yet undiscovered room within the Pyramids? That’s but one of the questions a team of international researchers are setting out to answer. In another location, South of Aswan, newly discovered reliefs and objects, fascinate the archaeologists. In Fayoum, an open-air museum just opened and the Egyptian Museum is under restoration. 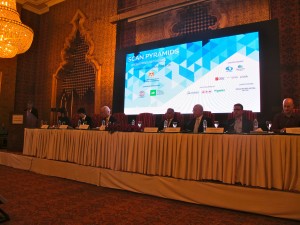 Shall a 4500-year-old mystery finally be solved? This non-profit project, to be launched beginning of November 2015, has been labelled ScanPyramids (www.scanpyramids.org ). It consists of researchers and technicians from three different Universities: the Faculty of Engineering in Cairo (which also acts as coordinator), Université Laval du Québec (Canada) and Nagoya University (Japan). The Egyptian Ministries of Antiquities and Tourism are supporting the project together with the French HIP institute (Heritage, Innovation and Preservation). The latest techniques will be used to scan the Pyramids without damaging or even touching them.

The first mystery the researchers will try to elucidate is how the Pyramids were built. It is still unknown how they could – with the means of the times – construct these gigantic stone-monuments. During only 25 years, Cheops – with five hectares at its base, nearly 150 meters high and a mass of five million tons – was erected. The second mystery concerns its internal structure. Anomalies have been discovered while comparing the plans of different pyramids. They were supposed to be inviolable as they were Pharaohs’ last resting place, thus the architects did their best to hide the tombs from eventual thieves. There might therefore be hidden yet undiscovered chambers within the pyramids. At least that’s what the team is hoping for. 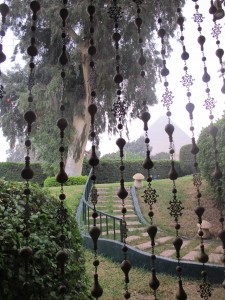 The project will take at least a year – if not more – using the most sophisticated non-destructive high technology equipment. The scientists explained to an impressed public how they’ll go about the operation, using infrared thermography to establish a thermal map of the pyramids to reveal differences in density to search for voids, radiography that measure muon particles (minuscule particles), 3D scanning and special drones to verify the presence of unknown structures within the pyramids. If the techniques prove successful then they could also be used for other discoveries both within the country as well as internationally.

Another project going on in this archaeology “treasure-land” is new excavations in Upper Egypt. The Swedish archaeologist Maria Nilsson is leading this Swedish/Egyptian venture. She discovered – a couple of years ago – a hither-unknown 2500 year-old relief on one of the walls in the quarry that was used by the Pharaohs to build temples and tombs. “The unique thing with this relief is that it depicts the solar god Amon-Ra along with the god of wisdom Toth (in the form of an ibis). We think that the combination is connected to the moon and a special moon-deity”, said Maria. 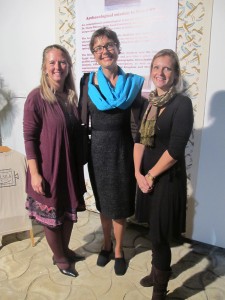 Two obelisks have also been found on the grounds. One of the scenes is from the 18th dynasty when the only woman Pharaoh ruled – Hatshepsut. Some 800 texts as well as other pre-dynastic objects have been dug out since the excavations started in 2012. This international project consists of analysing, documenting and categorizing the discoveries. However, for Maria this was not only a place where stones were cut out: “everything they undertook was governed by religious fervour. The stele and the carvings are examples of how the workers thanked their gods for having protected them during their hard labour.” Maria is hoping for more discoveries during the years to come such as workers’ tools, which would tell us how they lived and worked at the time.

Is the name of this newly opened outdoor museum in Fayoum. These ancient Greco-Roman city’s remains have been renovated and the statues and other objects put on display for visitors to view. The ancient temple dedicated to the crocodile-god Sobek, from the 12th dynasty, was destroyed, but the archaeological team has found enough remains to restore parts of the site. It was one of the largest Greco-Roman cities in Fayoum, established by the Greek king Ptolemy II Philadelphus (285 B.C. – 246 B.C.) and was originally inhabited by the mercenaries of his army.

This joint project is funded by the United States Ambassadors Fund for Cultural Preservation, under the supervision of the Egyptian Ministry of State for Antiquities. The crocodiles in the lake Fayoum are long gone, so visitors can safely come and visit but just to be on the safe side, give a thought to the real master of the place, Sobek, before entering the premises.

The Egyptian Museum gets a facelift:

In the meantime, at the Egyptian Museum in Tahrir, restoration work has started in Tutankhamen’s wing to be followed by the entire building. The French architect Mr Dourgnon was given the delicate task, in 1898, to build a museum that would show Pharaohs’ discoveries. Since the museum’s inauguration in 1902, little has been done. The team working on the site, started out by renewing the skylights by putting in tainted glass and then started repainting the inside walls and restoring the floors to their original looks. This delicate task was given to two architects: Emad Farid and Tariq Zulficar who during an AUC-conference about urbanization (organized by Cluster) explained to the audience about their elaborate works. Museum tours are being organized for schoolchildren as well they told us.

Whether it’s the grand Pyramids’ mystery, the carvings at Silsila, Kiman Faris or the wonders of the Egyptian Museum, that intrigue you, the choice is yours to make, just be sure that you don’t miss out on either sites and bring the kids too! It’s their heritage and their role to continue the preservation of Egypt’s historical past.