The Swedish Ambassador in Cairo, Ms Charlotta Sparre, organized a women’s conference at the residence, end of October 2015 to emphasize the importance of gender equality in the Middle East. These questions have been pondering since the Egyptians’ rise against the British colonialists in the 20th century. 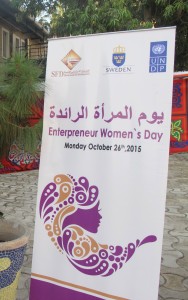 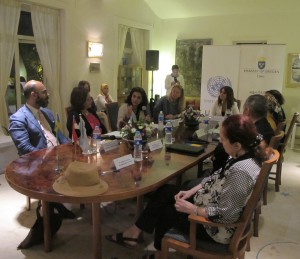 The situation for women has obviously improved since then but still lots need to be done. The Egyptian women are strong and don’t let themselves be pushed around easily but they have to cope with unfavourable laws and a patriarchal and highly conservative society. Women have fought alongside men during most revolutions, from colonial times until the last revolution in 2011. It’s a country of independent women such as Umm Khalsoum – commonly referred to as only El Sitt , the Lady – whose voice made the entire Middle East stop just to listen to her songs; the feminist Hoda Shaarawi who was a symbol to many European suffragettes as well, Doria Shawfiq and Nawal el Saadawi who continues to this day to fight for the rights of her fellow sisters despite her advanced age. However what has actually been achieved? 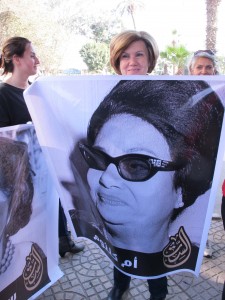 Since President Nasser’s ousting of the King in 1952, his socialist and secular government with important nationalisations and industrialisations, women continued to play an increasingly important societal role. Schooling became obligatory even for girls and universities opened up their previously closed doors for them as well. Many reached high positions such as lawyers and doctors. The dress-code in the cities was mostly Western and in the countryside the women working in the fields wore mostly the traditional flowery gallabeyyas (long robes) and a loosely knit scarf in a colourful pattern. During Nasser’s time, the fundamentalists where locked away in prison since they attempted to assassinate him. However his successor, Anwar el Sadat, released them and they eventually succeeded in killing him instead. His opened-door policy led many Egyptians to seek better-paid work in the Gulf countries. In the meantime, his half-English wife together with the Minister of Social Affairs pushed for women’s rights and changed some of the laws in their favour. This trend continued for some time with his successor, President Mubarak but by the end of the 80s, there was an increase of fundamentalist ideologies streaming in to the country from mostly Saudi Arabia where Egyptian workers had been indoctrinated in the strict Wahhabi ideology but also coming from the Muslim Brotherhood’s expansion. Their conservative ideas about women led to a stagnation and even to a backwards trend for the Egyptian feminist movement. It reached a peak during the Muslim Brotherhood’s short reign 2012-13. Since then, the feminists have been trying to change the situation for the better again for women but security has obviously been a more urgent matter for the government. 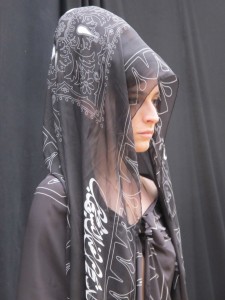 Veiled women started to be introduced in the late 80s

The Swedes have together with Sida and the UN decided to focus essentially on promoting women and children’s issues in Egypt. One way of doing that is to get the men involved in stopping domestic and societal violence. Through a questionnaire given to both genders, conducted in cities as well as in the countryside, a pattern of behaviour will hopefully be recorded that could lead to an improved situation for all partners involved. Many steps still need to be taken from what’s largely been door-knocking to reach societies’ higher spheres such as the judges in the family courts. Of the around 30 % illiterate in Egypt, the majority are women, many have been left by their husbands to care alone for the children without proper allowances. The judges could do a lot to help these families by forcing the men to mend for them. This is but one example of what needs to be improved for the women and children.

Another is to understand the importance of women working and becoming financially independent. Because despite women being in majority now at university level, they still don’t find it easy to get a job afterwards. The panel discussed the possibility of making an anti-discriminatory law or imposing quotas. This should also be valid at a parliamentary level. Finally the day ended with a comic and interactive theatre play against FGM (female genital mutilation). This ancient African tradition that doesn’t have anything to do with Islam is still very much in use especially in the countryside but also in the cities. The Imams could play a role in the decrease of this barbaric tradition. 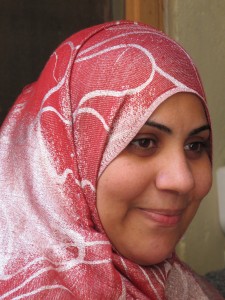 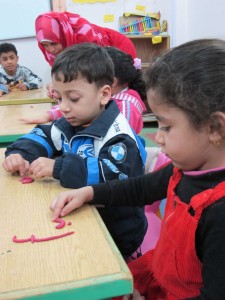 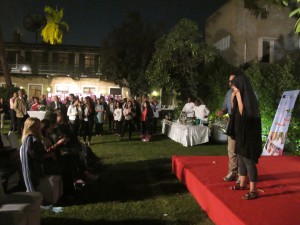 The play against FGM

The audience was also reminded that the Prophet Mohammed was married to an active and independent woman twenty years his senior who was never veiled. Thus feminism was born in the Middle East with a just and equitable religion. It’s fundamentalism and traditionalism that hinder women’s emancipation, might they be Muslims or Christians. Ambassador Sparre ended the day by declaring that it was already a step forward that so many men were present and active during the conference. Because it’s like women’s emancipation as with colonialism: one can’t oppress half the population without dire consequences.