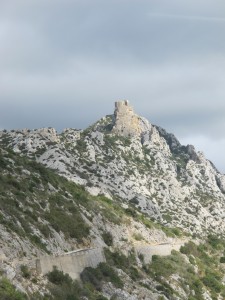 It’s been widely speculated and invested in the myth of the end of the world based on a faulty interpretation of the ancient Mayan calender that described time in cycles. According to which we are at the end of one cycle before the next one starts. But catastrophic gurus use people’s fears about the apocalyptic interpretation, not taking into account that the word “apocalypse” stems from Greek and means “revelation”. A word far removed from this doomesday’s prophecy.

To be on the safe side, some false prophets have already advanced other dates, such as 2036 or 2072, just in case we might survive December 2012… Georges Fenech (French Parliamantarian, judge and specialist in cult-problems) describes this phenomenom in his book “Apocalypse and its imminent threat” (Calmann-Lévy 2012) where I read: “The Bugarach-phenomenon started with a Maya-fanatic – José Argüelles – who had organized a peace-march between Bugarach and Paris in 2000, Internet spread the myth further…” 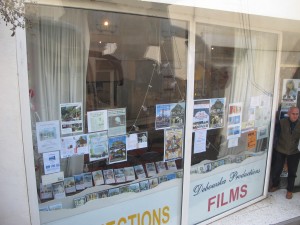 The European umbrella organisation FECRIS (European Federation of Centres of Research and Informaton on Cultism) – www.fecris.org – considered the topic important enough to have its yearly conference in Perpignan, including a trip to Bugarach. All 150 delegates travelled up the serpentine road to the little village with its 300 inhabitants and were welcomed by the village’s mayor, Jean-Pierre Delord. He’s already made between 100 and 200 interviews this year and seen 20 000 people climb up its mountain top, 70 % of whom were esoteric tourists. “It’s beautiful with a view of 360° and a little unsual with the compass that doesn’t really point towards the North, which is one of the reasons for the mystery surrounding this place. Another one is that it isn’t part of any mountain chain but stands on its own,” Delord patiently explained once more. 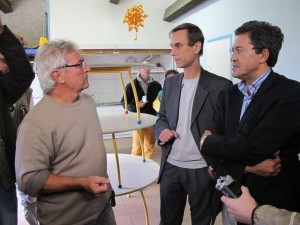 It was difficult to get an idea about the “holy mountain” as it was covered in heavy clouds and I was freezing in this otherwise uninteresting village.  But for the lazy ones, you can always buy the favor of somebody else doing the climbing and praying for you on top of the mountain for 60 €. You can also buy some “holy” rocks for the price of gold (!). A Finn has bought land in the vicinity for 2 million euro, several times the actual value of the land! I settled for a post-card with a picture of a ufo hovering over the mountain that is also supposed to have a ufo-parking lot in one of the caves…

“These God’s forgers are just impostors who try to defraud innocent people” the mayor said and continued: “the police has taken it seriously and have the place under supervision.” 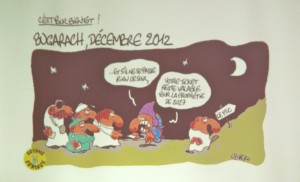 “And what if nothing happens tonight?” “Then your ticket is valid until the next prophecy in 2027”

10-20 families have moved into the village to “escape death on December 21”. Esoteric seminars are held regularly with several hundred participants from all over the world. In December around 400 policemen will arrive to the village and stay there throughout the month, closing all paths leading up to the mountain top and checking the area, circulating with helicopters around it. The memory of the Order of the Solar Temple’s (OTS) collective suicide is still fresh and frightens the French, the Swiss and the Canadians (where others belonging to the same cult also died).

Between 4 and 6 October 1994, 53 OTS members died in Switzerland and Canada – the bodies (including children and women) where found burned, some stabbed, others drogged or shot. One year later another macabre discovery was made in France (with 16 bodies, 3 of which were children) and in 1997 five more OTS members died in Québec, Canada. Three youngsters managed to escape. The police found letters where it was mysteriously written “we leave our earthly lives parabolically…”

After having found several testaments sent to Bugarach destined for “the survivors”, the mayor became suspicious. “My role is to see to it that no more mass-suicides occur. For the evening of December 21, I have programmed a documentary about our village to be shown on French television. I’m looking forward to that,” he said smiling.

Lacking a flying saucer, we had to take the long, sinuous bus trip back down to Perpignan again. The whole thing seemed rather funny and I found it difficult to take it seriously. We joked a lot until next day’s conference when the delegates listened to terrifying witnesses. No one joked anymore but were silenced by the horror stories that mental manipulation can lead to. “I was enslaved for more than 30 years” Irène – a woman in her 50s – told the silent audience. She was recruited into an apocalyptic cult at the age of 20. “The guru quickly discovered my weak point and pressed on it,” she said, not daring to mention his name by fear of reprisals. He managed to sneak into the family by pretending to be able to heal her brother who was suffering from depression. “He said he had magical gifts and I believed him”. Irène was then lured to leave her home and follow him to this ancient Cathar and Templar area, close to Perpignan. “I’ve found the place where the holy grail was buried” he then pretended. 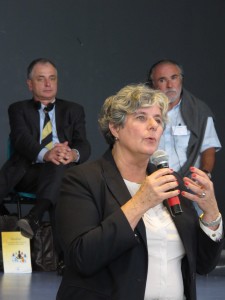 Irène who had to work and give all her salary to the group, escavated during her free time, together with the rest of the group to try to find the hidden “treasure”. After 18-years of unfruitful diggings, the guru finally gave up. Irène still unmarried and cut off from former friends and family, started to realize that something was wrong. A few years later, she managed to leave the group, taking with her three other members that she had recruited. It’s not easy to understand that you’ve been fooled for so many years, overcome the shame and start your life anew. It takes courage and self-knowledge. Despite judicial help, the guru hasn’t been punished for “having stolen 30 years of my life”, Irène sighed. 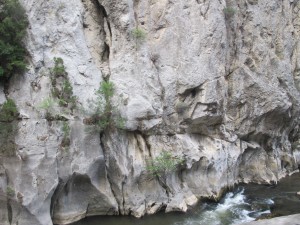 I listened to several other terrifying and moving witnesses and experts (lawyers, doctors, psychologists) talking about laws (such as the French About-Picard law against mental manipulation) and about thought-stopping techniques that enslave otherwise normal individuals. One forth of Frenchmen have been in contact with a cult and one out of three (13 million people) know of somebody who has been defrauded in a totalitarian movement, I continued reading in Fenech’s book. His successor as President of MIVILUDES (a French Ministry that treats the dangers of cultic movements) – Serge Blisko – said that “unfortunatly the European cooperation in this matter is still in its infancy”. 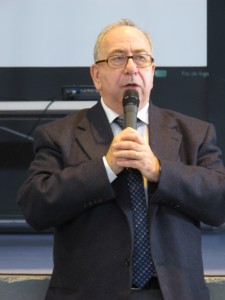 This is obviously an international phenomenon as testified by delegates coming from the USA, South-Africa, Rumania, Russian and Europe to this conference. They were networking and learning more about how to assist desperate families whose loved ones have come to be used and abused by charismatic and manipulative leaders. These unscrupulous false gurus – operating like spiders – slowly isolate their victims from any outside information, be it television, Internet, friends or family opposed to the doctrine or its leader. The members are flattered to believe that they belong to an “elite” and is indoctrinated by paranoïc ideas that everybody outside the group is an “enemy”. It’s a black and white wronged picture of the world where phobies, fears and ideologies slowly but surely destroy the individual’s critical faculties.

Dictatorships and their leaders use similar mechanisms. To mention but a few: Germany under Hitler, China under Mao, The Soviet Union under Stalin, Cambodia under Pol Pot and today’s North Corea. But the list can be made much longer…

I shivered – despite the warm sunrays – after having heard the frightening testimonies about false gurus, promising the sky while they enslave and steal their members’ lives and assets. Or as Shakespeare’s Macbeth put it: “Look like the innocent flower, but be the serpent under it.” 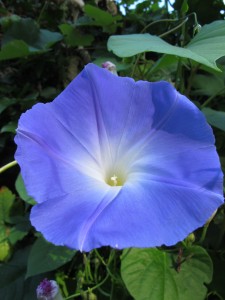