At Millesgården, in Stockholm, Mats Gustafson’s retrospective was worth the detour. It was an unusual exhibition as fashion is usually illustrated with photographs. Interesting because it showed another more personal view of fashion but then Mats’ illustrations are so much more than fashion. They are pieces of art. 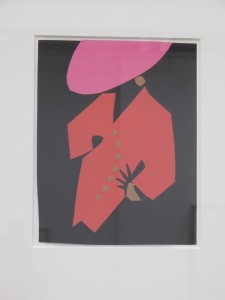 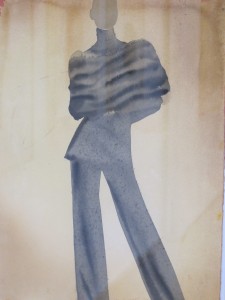 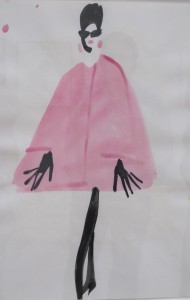 Millesgården – with its wide spectrum of exhibitions – is always a feast to visit. Whether it’s a sunny summer-, a rainy autumn- or a cold winter day, the place keeps its charm and beauty with the statues mirroring in the numerous fountains. The architecture is stunning too. 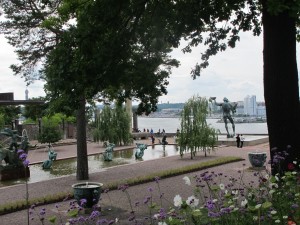 This time around I brought along a couple of Egyptian architects who loved the place. Immediately they were drawn to Mats illustrations, exclaiming in front of a watercolour: “but this looks like a drawing in one of our Pharaonic tombs with a similar transparency to the cloth!” Men as well as women wore thin linen cloth then, through which the body’s lines could be discerned. 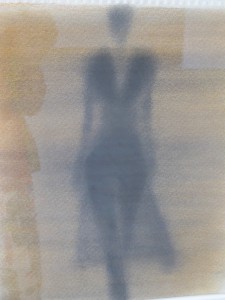 I don’t know if Mats thought along those lines when he made his drawings but his watercolours denote a fragility, a sensuality and are highly sensitive. His drawings are superb. The relationship between the body and the clothes plays an essential role. The individual behind the mannequin – although the face isn’t always painted – shines through. With a few strokes, Mats manages to paint the person, the naked body or the clothes. The portrait of Vanessa Redgrave or Sonia Rykiel for example are so look-alike despite that he only used a few lines to draw them. 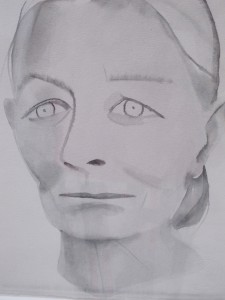 Who is the man behind the drawings?

Fashion is easily compared to shallowness, flimsiness and easily earned money. Mats demonstrate that this is not the case; despite that he says that “fashion illustrations’ role is to seduce rather than lead to reflection”.

Mats discussion with the curator, Niclas Östlind, shown in a 20-min long film, illustrates his point of view. The choice of paintings in this retrospective from 1983 is broad and incorporates nudes as well as landscapes although my preference goes to the fashion illustrations and the portraits. 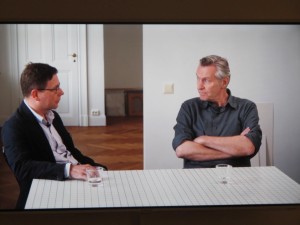 The country-boy, born in 1951, who moved from Mjölby to Stockholm had been drawing clothes since childhood although no one in his family had any artistic streaks. He was really interested in scenery and came to work in the fashion industry by coincidence. “I was interested in recreating different surroundings and illustrating different historical eras,” Mats said.

He settled down in the capital at the end of the 60s and during those times, in the art school – konstfack – fashion was not popular at all. In Sweden, artists shouldn’t be commercial; it was the heyday of socialism. Our Prime Minister, Olof Palme, opposed the USA during the Vietnam War. The youth in Paris were throwing stones and challenging the establishment. 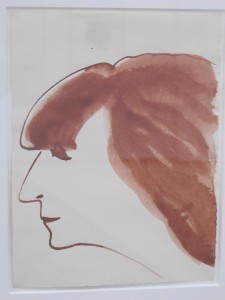 In 1974, Mats got accepted at the Dramatiska Institutet (a theatre school). There his interest for scenery and theatre-clothes grew. His elegant and skilful drawings soon got him extra-jobs working for fashion magazines. Hennes & Mauritz discovered him too and employed him to illustrate their men’s fashion wear, drawing posters. A Swedish feminine magazine, Femina, brought the young man along to Paris to view the fashion shows there. His first international job was for British Vogue in 1978. “The silhouette of the time had to have broad shoulders and a slim waist,” Mats recalls.

In the beginning of the -80s, he went to New York where fashion mingled with parties, art, clubs and late nights… Mats lingered on. He worked for some of the most famous fashion creators: Dior, Yamamoto, Hermès to mention but a few. His drawings have been printed in most fashion magazines. 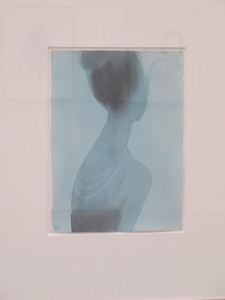 Why starting this retrospective only from 1983? “Because it was only then that I had found my own unique style,” Mats told me. “A good fashion illustration is when one has the feeling of seeing the clothes for the first time” he explained. Fashion has existed since Pharaoh’s times so nothing is really new. However Mats’ way of painting is unique. He works without consideration for any conventions, in his own genre and is one of the few fashion illustrators who has managed to make a career out of it. He makes me think of Andy Warhol who was also an artist and an illustrator at the same time.

Mats has the gift of an artist and the artistry of a water-colourist. While keeping the transparency, he blends pigments with water to create a contour and a silhouette. His sensitivity marriages well the watercolours fleeting movements. It reminds me of the Japanese brush strokes: precise and not permitting any mistakes while keeping the creative spontaneity.

The beauty of his paintings mirrors his inner beauty and that’s rare in these times when brutality and ugliness often are mistaken for art. Instead of kitsch and provocation, Mats shows us another world, one in which he excels. I felt like wearing that fur that he painted and touching the evening dress’s crepe de chine… 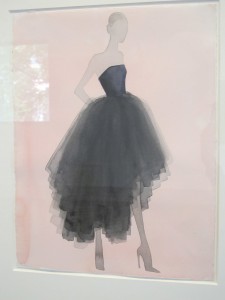 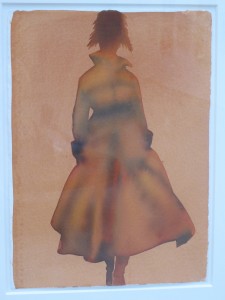