The gender question is taking a leap forward: a new law – based on the Swedish example –  passed on December 4th 2013 in France forbidding prostitution.

The French gender equality council (HCE/fh) solicited the press for an important conference – November 5th 2013 – at the Parliament. Forewoman Mrs Danielle Bousquet, and a delegation of Swedish experts welcomed us. 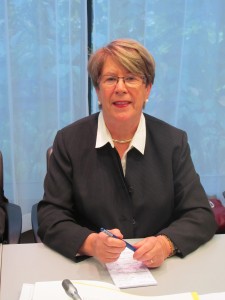 The law 1473 against prostitution implies that – as stipulated in the Swedish law – the traffickers and the clients are to be punished and not the prostitutes themselves. These women (and the few men) would instead be helped with social aid, medical care and a certain amount of money. The foreigners (80-90 % of the prostitutes in France) would be given a six-month residence permit. Several associations already exist that can help out in this delicate task of re-educating this particularly hard-hit group of people.

There has been lots of media-coverage about this proposal to be amended on November 27. Some Frenchmen seem to think that this law “hinders individuals to do what they please with their own bodies” and a manifest stipulating the “right to dispose of your whore!” has been signed by several intellectuals and officials. “Today they forbid prostitution, tomorrow they’ll forbid pornography, what’s next?” They protest.

However Mrs Bousquet isn’t intimidated. She retorted: “there can’t be any gender equality as long as men are allowed to use women as slaves. The human body is not a simple commodity!” Mentalities must evolve into understanding that prostitution is as out-dated as slavery and has no place in a modern society.

The buyer shall hence take full responsibility for his act and be fined 1500€ the first time he’s caught and the double if he’s caught another time. Mrs Bousquet would like the punishment to be even more severe in certain cases such as when minors are involved. In Sweden the punishment has so far only been fines (although it lead to one year’s imprisonment). 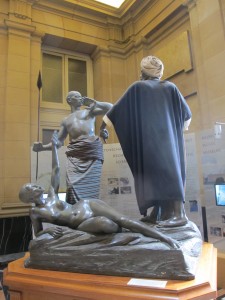 The Swedish prosecutor Lise Tamm explained in fluent French that since 1999 when the law was adopted in Sweden, the mentalities have changed and nowadays the majority consider prostitutes as victims. The “sex-buyers” on the other hand are feeding a criminal activity. Police superintendent Jonas Trolle agreed and added that prostitution has been reduced to half during these past ten years. There are currently around 1500 prostitutes in Sweden (for 9 million inhabitants) as compared to 35 000 in the Netherlands (with 8 million inhabitants)! 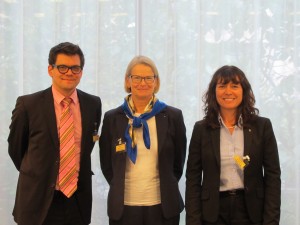 Isn’t the problem simply moved somewhere else though – abroad or to Internet? He was asked. “Maybe but it’s more costly to go abroad to find prostitutes and the buyers are quite easily traced on Internet.” According to M. Trolle the trade on Internet in Sweden has also decreased while it has increased in our neighbouring countries (although Norway has recently also adopted the law so a decrease is likely to follow there too). The police in Stockholm cooperate well with hotels, bars, nightclubs and restaurants to seize eventual sexual offenders there too.

The attorney general Anna Skarhed added that 70% of Swedes were currently in favour of the law as opposed to the opposite number when the law was adopted!

Prostitution and trafficking go hand in hand and both are connected to gender-related violence. That kind of trade is against human rights and the principles of gender equality. The law has had its effect and gender equality in Sweden has become one of the tops worldwide.

What about women’s free will then? The experts were confident that prostitution wasn’t a freely made choice of profession but rather a consequence of a harsh reality based on poverty, vulnerability, unfortunate family conditions and trafficking. It’s a flourishing, underground sexual industry with the buyer being the first link in a long range of organized criminality. To forbid such criminal activities in a country is a mark of social responsibility.

The conference continued with a larger debate including different European delegates, agreeing that most prostitutes are young girls coming from Eastern, less developed countries.

In Germany where prostitution is legal there are mega-brothels with around 400 000 prostitutes who are increasingly younger as the demands are getting more and more picky. Who is to know if they’re not minors?

The lawyer Marta Torres from Spain told us that the situation was even worse there. Prostitution is an accepted phenomenon with ads in the local papers every day. The laws differ somewhat from region to region but the sheer numbers are proof enough: 300 000 prostitutes (for 2012) in a country with half as many inhabitants as in Germany! Most of them come from the East but lately – because of the country’s disastrous financial situation – more and more Spaniards – young people without jobs and desperate mothers – accept to get into the “profession”.

It’s a lucrative business for the traders with 18 € billiard circulating so they’re not likely to give up without pressure. 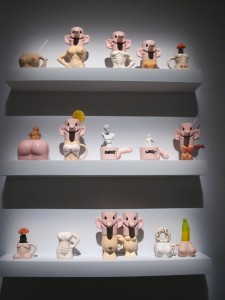 Kristina Vrubliauskaité from Lithuania presides an association of “missing people”. She said that around 25 000 people – amongst whom half are minors, mostly girls – go missing each year from her country. 3000 of whom nobody asks for. They think that most of these disappear into the sex- and trafficking industry with as many as 12- 13 000 girls sent to brothels abroad. The Swedish movie Lilya 4-ever (by Lukas Moodysson) describes well the utter misery of these desperate girls.

It thus seems that the European trafficking problem can’t be solved as long as prostitution is allowed. Only then can we hope for a decrease in human trade and criminal organisations linked to it.

To conclude, the speakers wished for an European resolution – and why not a UN- resolution – against prostitution. This slave trade shouldn’t be allowed to exist within our boundaries. Sweden was in general looked upon as a forerunner in solving this delicate problem. The delegates emphasized that it was of utter importance that France – a country advocating human rights and abolitionism – set an example in this matter for the others to follow suit. Since December 4, we know that thanks to the new gender equality department in France, it can only go one way: forward. 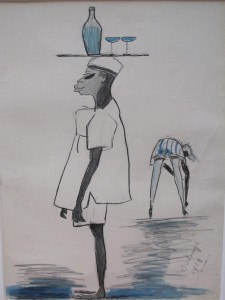