At the Centre Pompidou in Paris, surrealism and its relationship to everyday objects is shown for the first time. One of the 20s century’s most important avant-garde movements has influenced contemporary artists as well. 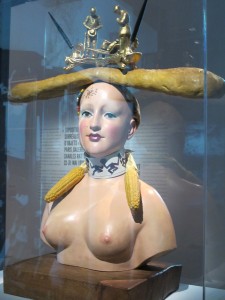 This chronologically organized exhibition starts with Marcel Duchamp’s first ready-made ”le porte.manteau” from 1914 and ends with Joan Miró’s colourful sculptures from the 1960s. De Chirico’s mannequins are recurrent themes as well as Man Ray’s or Arp’s everyday objects or Picasso’s, Max Ernst and others assemblage of different objects to create a coherent sculpture. 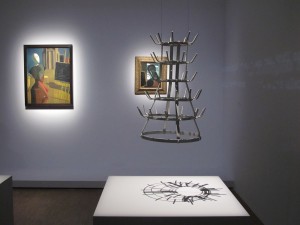 This exhibition gives a well-needed recapitulation of the surrealists’ special and yet so ordinary creations. It’s also a way of acknowledging recycling and a critique of our consumerism society, which may be a good reminder these days of easy come easy go… 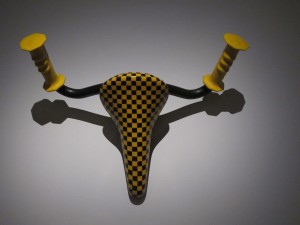 Sees the movement with other eyes and has a different hypothesis: that of showing the objects in a poetic way – mostly thanks to André Breton’s and other influential individuals belonging to the surrealists after 1927 – instead of as a dreary reality.

That’s the idea that he wants to convey through this extraordinary exhibition, showing more than 200 objects and photographs – among which some exquisite works of art by Giacometti, Dali, Calder, Picasso, Miró, Max Ernst and Man Ray. It was mostly those artists that during the 30s made the movement known internationally. 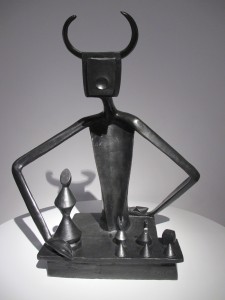 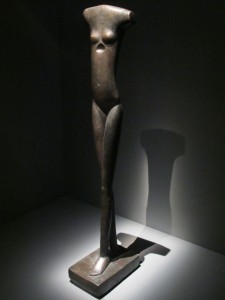 Contemporary artists that have been influenced by the surrealists (Ed Rusha, Mona Hatnoum, Heim Steinback, Cindy Sherman…) show their works in one of the exhibition’s largest rooms, filled with eroticism and fetishism. Trailers of old films are projected on large canvases throughout. Amusing sculptures sometimes gave me the feeling of being in a large amusement park rather than in a museum.

Some works like Dali’s but also others like Hans Bellmer’s suggestive ”dolls” made me think of Freud and Freudian dreams and symbols. However it was the rooms filled with works of Giacometti and Man Ray never seen before that made me shiver with pleasure. 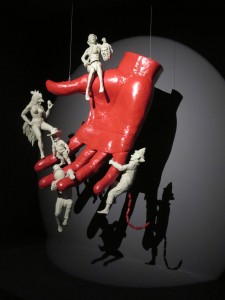 The artists also conveyed a political and social message. Several like André Breton belonged to the communist party. They transformed ordinary things to more than just objects through their collages and sculptures. Magazines were edited in that spirit.

The exhibition is – more than a fantastic overview of some of the 20s century’s most interesting and famous creators – it’s fun and encouraging for both grown-ups and children during these otherwise cheerless and dark winter months. 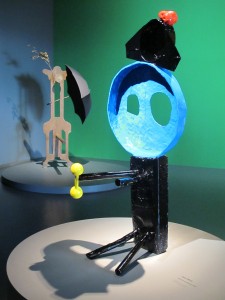