This year’s 6 June celebration brought royalties, presidents and veterans from all over the world to the beaches in Normandie to commemorate.

That day marked the turning point of WWII but it wasn’t without the sacrifices of tens of thousands dead and even more lamed soldiers and civilians, entire cities in Normandie annihilated by the allies bombs and hundreds of thousands homeless as a result.

Despite bad weather conditions, around midnight, 5 June 1944, 280 000 men (Englishmen, Americans, Canadians and some free Frenchmen) were shipped out to the costs of Normandie for a well-planned surprise attack on the Germans. Just before the landings, bombers were sent over to stop the Germans from advancing from the adjacent cities to the shores. Stalin had insisted on this dangerous mission – called Overlord – to hinder the German advances on the Eastern front.

Thanks to a deviation plan – well orchestrated with cardboard tanks and airplanes – the Germans had been misled to believe that the assault would take place in Pas de Calais. Hitler was asleep when the Germans started to understand that the attack was a serious one but nobody dared to wake him up.

While the towns where being bombed – using 10 000 ton bombs – paratroopers (with blackened faces) were jumping down and soldiers were swimming, heavily loaded ashore. Civilians helped the soldiers as best as they could as soon that they understood that freedom was finally knocking on their doorsteps. The losses were however so enormous that some officers admitted to having seriously thought about retreating. Many soldiers didn’t even make it to land before being shot dead by German machine guns hidden on shore. “A soldier in a war situation reacts hysterically and not at all logically – there is nothing rational in a battlefield,” admitted an interviewed veteran. Even President Eisenhower had doubts about the operation when he heard news of the tens of thousands soldiers loosing their lives in the cold waters of the Atlantic sea. “I hope I know what I’m doing”, he told his secretary.

The world-renowned photographer Capa (who died a few years later, stepping on a mine in Vietnam) risked his life taking pictures from that memorable day.

This landing, despite the losses, marked the war’s turning point. The allies landed, continued marching into the bombed cities and villages and then pushed on to Paris that was eventually liberated – not without street fights – on 22 August 1944.

But it took another year before the end of WWII. By then 50 million people had died.

On the contrary from that same day, 70 years ago, D-Day 2014, was a hot, sunny day without a cloud in sight to shelter the invited guests of honour to Normandie’s beach.

President Holland sat between Queen Elisabeth II of Great Britain and Margrethe of Denmark during the official ceremony. Putin, Obama and the Ukrainian President were kept apart from each other while Angela Merkel was going back and forth between them in an apparent effort to negotiate. And wouldn’t a peace agreement in this place be more than welcome?

Even our Swedish Ambassador was present although Sweden was neutral during WWII.

It was the veterans however who were, rightfully so, the real stars during this 70-year commemoration. They are getting very old so it was of utter importance to give them the word this time around. “My youth saved me. I was too young and inexperienced to be scared. We Frenchmen were but a drop in the ocean compared to the other nations. I didn’t speak any English so I couldn’t speak to the allies, just watched them with awe, fighting for us”, said René Roissey.

“I got really scared when I saw the others fall all around me”, said Jean Morel.

Erbert Beddows, an English officer, told us that ”most of my men were sea-sick. They jumped into the water to their death – I’ll never forget the smell of blood. I was afraid not to be up to the task.” He was supposed to be an experienced and wise man from the height of his 22 years old as compared to the soldiers who were often as young as 17-18! He expressed his happiness at being celebrated in France. ”In England we’re entirely forgotten”, he said.

Another English veteran, Bernard Jordan, even managed to escape from his elderly-home and came over the canal to take part in the party. 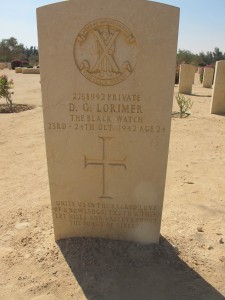 President Hollande has his roots in Normandie’s city of Rouen so for him the ceremony was especially moving which was evident in his speech. For the first time, the French President showed his respect to all the civilians who died and lost their homes. He reminded the audience that in modern wars it’s often women and children who suffer most and they should be protected (as a reference to the French intervention in Africa lately). Because without forgetting the historical perspective, he seized the opportunity to show that he sided with the “oppressed” of the world’s wars by “standing up against fanatics and fascism” i.e. muslim fundamentalists…

Hollande also reminded us about the reasons why the European Union was created – to hinder wars to take place on our soils. The President didn’t forget either to pay homage to the German families who lost their homes and loved ones.

I don’t think that many eyes remained dry in the French homes during his speech.

President Obama held a longer and quite personal speech, evoking his grandparents who, in their own right, took part in WWII.

He turned towards the veterans as he praised them and the entire audience stood up and applauded for what seemed like an eternity. He proceeded to thank the Frenchmen who “have taken so well care of our deceased by attending to their tombs. Americans and Frenchmen are and will always remain true friends.” Then he reminded the audience of the reasons why the Americans were combatting: “to protect freedom. While the water was reddened by the blood of American soldiers, our bombers where flying low over our heads. We were unsure of the outcome. In the meantime our soldiers were also fighting in North Africa, in Italy, in Asia where my grandmother was helping with the logistics. But it was on this very beach that the wind turned in our favour. The creation the EU wouldn’t have been possible hadn’t it been for what Roosevelt called “their ideal”. “

The US President then talked about his grandfather and the likes of him: “he came home and put his uniform away and didn’t mention his sacrifice anymore. He was but one of the many who came to create the large American middle-class. So don’t become cynical when you are upset or doubt… think instead of those men many of whom were only 16-17 years old. We must continue to tell their stories in order never to forget.”

Both Hollande and Obama got personal but they also showed their roles as commanders of great armies.

The ceremony finally came to an end after a theatre/dance performance on the beach with as background large screens showing documentaries from the war and the concentration camps.

It was a well-organized celebration that the Frenchmen have every reason to be proud of. The memory I will carry with me for a long time afterwards though is that of two veterans, one Frenchman and the other German, embracing each other.