It’s in Lebanon – one of the world’s most sectarian countries – that I met my first peace-journalist: Vanessa Bassil, a 26-year old engaged young woman.  In this interview from Beirut I’ll try to explain her ideas. 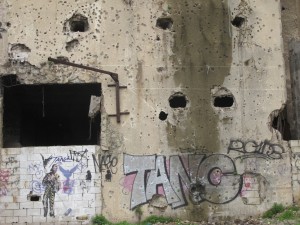 A war-damaged house in Beirut

How did your adventure start and what does it imply to be a peace-journalist?

– It all started in 2009 after my degree in journalism and my masters in political sciences in Beirut when I met the man who would come to be my mentor. Jake Lynch – a BBC reporter and now professor at the Sydney University – opened up my eyes. He’s a pioneer in peace-journalism and after I heard his talk, I was hooked!

But are there any studies in this subject?

–Not exactly but there is one UN-mandated peace-university in Costa Rica teaching peace-studies. I managed to get a sponsorship and went there for one year’s studies. I arrived back to Beirut not long ago…

Has your project started to take form yet?

–Well, already before going there I had started an association called MAP – or Media Association for Peace – to teach peace-journalism.

Do you have any students?

–Yes, we are a team of fifteen young journalists whom I train. But all in all we’re some seventy members. I’m still actively seeking funds to launch MAP. The idea is to spread the subject to all universities teaching journalism.

–It’s another way of reporting in a constructive way, to avoid enhancing violence. The journalists are taught how and what to report. There are three main foundations within peace-journalism. Firstly there is the importance of teaching human rights and equality as well as the right for especially vulnerable people such as the Syrian refugees to be treated as individuals with specific needs. Then there is the need to develop “solution-oriented” reporting. That means suggesting solutions to solve reported problems. Finally we need to talk about the problems raised by ecological issues such as a shortage of water or increased density of populations that can lead to trouble if not tackled.

So you think that we journalists have moral obligations?

–Absolutely! I see journalism as a call. By exposing the difficulties we help politicians but we should also try to find solutions that we can submit to our readers or listeners. The media shouldn’t only report about wars and catastrophes but also promote peace and hope. The mentality of the media has to change! I’m seeking a problem-solving journalism. I strive to give the voiceless a voice.

How do you spread your ideas further than to your team?

–I travel. For example this autumn I went to Istanbul to a women’s peace conference. I’m also the Lebanese representative for Master Peace (www.masterpeace.org ) with its headquarters in Cairo and in Amsterdam. It’s a club where we strive to enhance peace through art. We celebrate the peace day the 21st of September. This year we were in Tripoli where we had organized an art-project with among others theatre plays. 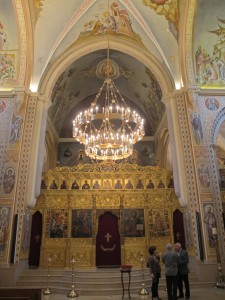 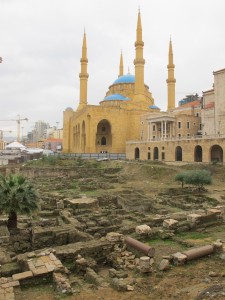 In Lebanon Christians and Muslims live side by side.

After having thanked Vanessa, I read in the local newspaper – the Daily Star – about the theatre play “Antigone” played by Syrian refugees having lost their fathers or sons during the civil war. I also watched a Lebanese documentary film called Scheherazade. Zeina Daccache, the film director, filmed her therapy sessions with a group of women detainees, ending in a live performance within the prison walls. It was a touching and interesting perspective showing how both the therapy and the play helped rehabilitate the women.

So of course I believe that art as well as positive journalism can and should build bridges between people and boost our positive sides! Young people like Vanessa inspire me hope in future generations. 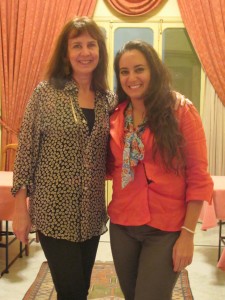