Manial Palace – Prince Mohammed Ali Tawfiq’s (1875-1955) Palace – has recently been restored and reopened this spring. In a magnificent park, at Rhoda Island, six decorated and furnished buildings that the Prince had constructed have been turned into a museum. 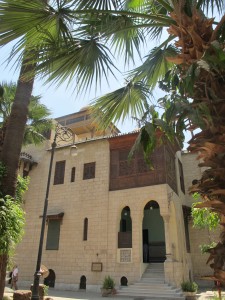 Egypt has so much more to offer than the history of the Pharaohs most tourists come here to discover. The country also offers a Christian tradition, a cosmopolitan past and a rich Islamic history. A good friend reminded me of this when we discussed the dangers of fundamentalism. “How can I as a good Muslim, pretend to know the “truth” when my ancestor was Christian and the one before him prayed to the Gods of the Pharaohs?”

An important personality in a long series of dynasties in this thousand years old land was the Albanian Mohammed Ali. He ruled the country from 1805 to 1848. 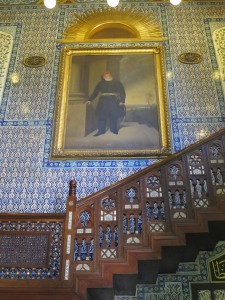 He created a dynasty that ruled Egypt until the revolution in 1952. It was him who started modernizing and developing a new public system in Egypt. Law and justice was established which led to an increase in commerce and trade.

Mohammed Ali wanted to expand farming to be able to export and industrialize the country. However his foremost interest was in rebuilding the army and the marine. New factories were built where weapons and gunpowder where copied for internal use.

The Frenchmen left after Napoleon’s army’s dispersion, taught Mohammed Ali to use the locals to rebuild an army. Until then, the army had consisted of a mixture of different nationalities who where only loyal to their own officers and they often deserted. The newly recruited fellahin – or farmers – had to be trained to be able to get the army to function with these modern weapons. 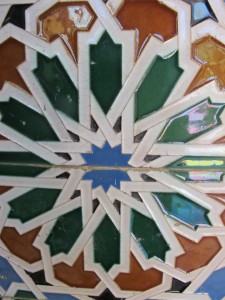 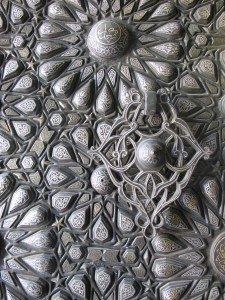 The 47-year old illiterate Mohammed Ali was so thrilled by the idea to educate his people that he started an enormous secular educational program. All his children (30!) had to learn to read and write. He contributed to modern Arabic literature by translating Western literature on a wide scale. It was through him that the Egyptians recovered their lost identity and soul.

He also built textile factories in which the long-fibered, Egyptian cotton – we still buy – was used. Hundreds new plants, trees, fruits and vegetables were introduced in the country. Nowadays Egypt exports many of those products, mainly to neighbouring Arab countries. 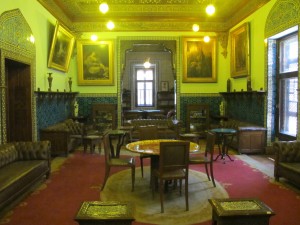 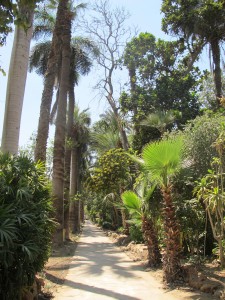 The Egyptian development went so well that the British started to worry. With the help of the French they decided to crush Mohammed Ali. They realized their dream in a – for Egypt – devastating treaty: the Treaty of London, in 1840. The monopoly of Egyptian goods was abandoned and cheap European ones soon flooded the country and destroyed both the Egyptian economy and industrialization. It took a century for it to recover. Mohammed Ali died in 1849 and none of his descendants bestowed his energy, fantasy or political skill.

His son Tawfiq – who built this beautiful palace – made a final treaty with the English: the Law of Liquidation, in 1880. That definitely terminated Egypt’s independent rule. The country’s finances were now entirely in the hands of the Europeans and stayed so until the 1952 revolution when the Free Egyptian Army Officers took over power. King Farouk – the last ruler in the line of Mohammed Ali’s dynasty – had to leave the country. An epoch in Egypt’s fantastic history was buried and a new one was born. Nasser’s nationalism and socialism answered some of its people’s needs. Much like during the French revolution, the palaces were plundered by greedy officers and the Egyptian aristocracy lost overnight all their privileges and riches. 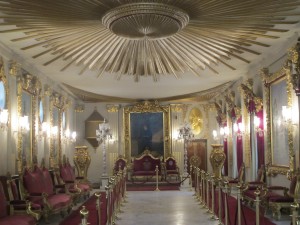 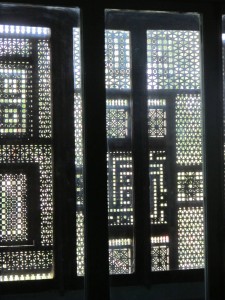 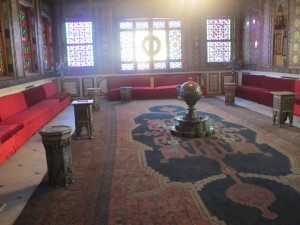 This palace – like most others – was plundered before it was transformed into a hotel. Lately it has finally been restored to its former glamour thanks to a ten-year period renovation. The buildings are situated within a lush Persian garden, surrounded by a larger park with gigantic trees providing the visitor with well-needed shade when the blazing sun is high in the sky.

The original complex was built between 1899 and 1929 in a tasteful mixture of European Art Nouveau, Rococo, Ottoman, Andalusia and Persian style. Incredible beautifully painted tiles and inlays in different materials contribute in making the buildings the masterpieces they were meant to be. Some stolen goods such as manuscripts, silver and furniture have been recovered and are exhibited as well. Former King Farouk’s hunting trophies are also exposed in this newly restored museum worth the detour in this culturally immensely rich country. 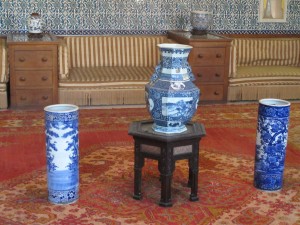 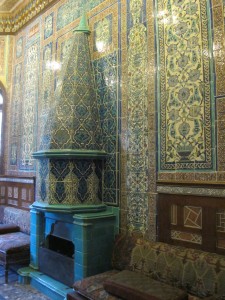 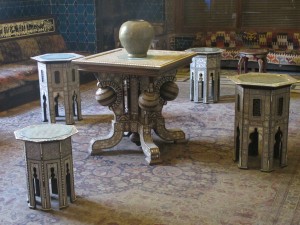 During these difficult times when we helplessly watch barbarians march in and destroy our civilisation’s cradle, it’s important to show the world that parallel to that, there are important restorations being accomplished. 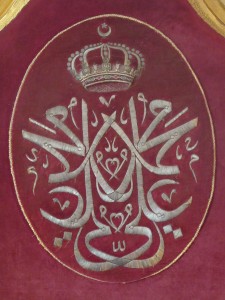