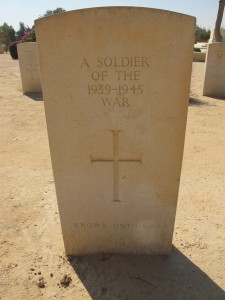 Thanks to an insightful discussion between him and the moderator and Middle Eastern journalist, Bitte Hammargren, the public got a grasp of this active institution. It was founded in 1966, 150 years after Sweden’s last war, to spread peaceful solutions to the world’s conflict areas. Sweden finances 70 % of the institution.

That was the theme of the interview between these two experts, at the Mediterranean Museum in Stockholm, 20 January 2016. Dan Smith’s latest book The State of the Middle Eastern Atlas was presented as well. It’s a thoroughly documented book with maps, statistics and history of the Middle Eastern countries he includes – i.e. from Morocco to Iran but excluding Turkey, encompassing some 410 million inhabitants, mostly Muslims – both Sunnis and Shiites.

Conflict resolutions are in high demand with around forty armed combat zones in the world and millions of refugees. In Syria, half of the population is fleeing. Bitte asked Dan if the civilians in these areas weren’t more exposed than they’ve been in previous wars. He answered that such was indeed the case if compared to WWI where armies fought each other. However he reminded us of for example colonial times when civilians where victimized and exploited in different ways. Just like with statistics, history can be explained in different ways.

Dan enumerated six major reasons for conflicts in the Middle East (explained in detail in his book): 1) Interpretations of Islam 2) the fall of the Ottoman Empire and its division after the fall 3) the European colonies 4) the role of the USA especially after the Suez crises 5) the creation of Israel 6) the exploitation of oil which has developed parts of the Middle East but has also led to a wealthy elite and huge class differences. 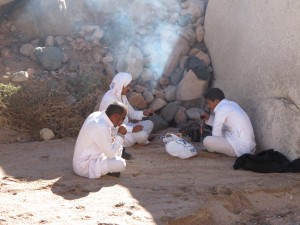 Bedouins making tea in the desert

The question every body wanted to ask was naturally the one about the spread of Daesh/ISIS or whatever one prefers to call this terror group (the Kuwaiti Ambassador thought that the organisation should be named NISIS – meaning Not Islamic). Dan’s answer was that former President Bush “war on terror” only had led to more terrorism. It started in 2001 with the plane crash into the Twin Towers and continued with the invasion of Iraq in 2003 and the killing of Saddan Hussein. The latter went rather smoothly but problems erupted after backing off the well-prepared plan to reconstruct the country. A similar case was the Libyan one after French President Sarkozy together with, amongst others, the Englishmen, having overthrown Ghaddafi, without thinking of the aftermath with the disastrous results we’ve seen. In Iraq the USA thought that by getting rid of the ruling Baath party, the countrymen themselves would start a democratisation process that never happened. Instead, in 2007, the Iraqi military struck a hard blow to some of the armed groups that had fought by its side against el Qaida. This led to some of them forming another even more fearsome terror group known as Daesh.

Upon Bitte’s question about the survival of minorities, he wasn’t very hopeful, as for their existence to be guaranteed a safe environment is needed. As long as they stay put in conflict areas, their chances for survival are slim. Thus a majority leave and join the other refugees.

How come that so many Europeans join Daesh? Bitte wondered. Dan assured her that they were a slight minority but of course worrisome still. In the Middle East, as opposed to Europe, the majority of the population is under the age of 25. It’s this growing number of poor urbanized young people who is especially drawn to fundamentalist organizations who give them simple black and white solutions to a complicated life with high unemployment and slim hopes for the future. It might be relatively easy to understand their frustration and aggression but much more difficult to solve. 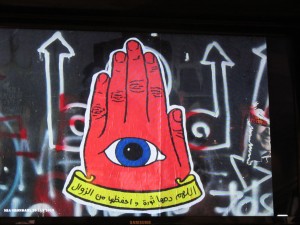 What are the answers then? Regarding the Israel/Palestinian question, Dan estimated that a two-land solution was increasingly difficult to implement as Palestine has become like a Swiss cheese with areas of land not connected to each other, separated by Israeli settlers. He said that the Palestinians where aware of that and that they increasingly favoured a bi-national state. Dan admitted that the question was tragic and difficult to solve.

Iran’s new role in the region and its deal with the USA he regarded as a positive turn of events. He wasn’t too worried about the Saudi reaction towards Iran and didn’t expect it to lead to a major confrontation between the two rivals.

The peace discussions that started in Geneva 25 January and then were postponed until end February did not give the result that I think that Dan had hoped for. He insisted that there was a real opposition in Syria who hoped for a democratic transition. However with Russian and Syrian bombings of Aleppo that seems like quite a far away possibility now. I’m sure though that the West will do its part to try to stop this madness because all governments have had to become involved in the crisis with the increase of refugees streaming into Europe.

Dan Smith ended the evening’s discussion in an optimistic note, estimating that the Arab Spring was yet to re-emerge, even if it had been momentarily hindered. As we’ve seen previously, changes can occur very suddenly. One example being what happened to Apartheid in South Africa and the IRA in England. I could add the fall of the Wall in East-Germany. So I guess that we’ll have to follow in Dan’s footsteps and be sparingly hopeful, daring to believe in a positive regional development. Although I dare say, that I think that it will take another generation or two at least. Man is capable of the worst as well as the best. Let’s hope that the latter soon overcomes the first.