This well-known Chinese artist is also socially and politically engaged. He showed his outrage at the treatment of refugees with a picture of himself on a beach in the same position as the drowned Syrian child that shocked the entire world. However this didn’t stop him from exposing his works at the fashionable shopping house Bon Marché or at Fondation Louis Vuitton. 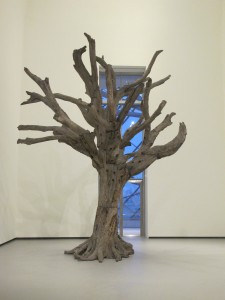 By replicating the picture of the drowned Aylan Kurdi, Ai Weiwei dared to show his stand on the refugee problem. Or did he? Some wonder if he didn’t use a tragic story to sell his art. Four months after the 4-year old boy was found dead, 30 January 2016, Washington Post published the controversial picture of the artist. Nothing has changed for the refugees since the boy’s death in September 2015. According to OMI (the International Migration Organisation) only in January 2016, 272 refugees, among whom many children have drowned in a desperate attempt to reach Europe. Weiwei’s action is a symbol over the 60 million refugees who need help. “We are all during one time or another in our lives, refugees, “ he said.

Weiwei, also stopped in protest, two planned exhibitions in Denmark, on 27 January, because the previous day, a new law had passed to seize refugees’ belongings worth more than 1300 € as a kind of tax. 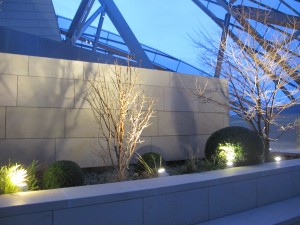 Is the name of the exhibition at Fondation Louis Vuitton (27 January – 2 May 2016) majestically situated in the centre of the Boulogne forest, not far from the prostitutes working in its’ vicinity. And just at the time of the opening, a law was passed in France, forbidding one of the oldest professions in the world: the selling of ones own body. The shadowy side of the Chinese immigrants to France are girls who came to study or work and who ended up, for lack of funds, as prostitutes. These Chinese, finding themselves living in between France and China, are somehow related to Bentu. The word represents for most Chinese artists a way to unify the local and the global in search of identity. 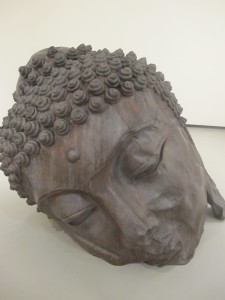 Twelve artists, living in China, meet under Louis Vuitton’s glass roof. They use different techniques and medium inspired by tradition and culture as well as modernity. These works illustrate the complex, continually changing Chinese society as well as showing the economical and ecological balance, the relationship between cities and countryside and the eternal search of identity. Many historical sites were destroyed during Mao’s cultural revolution, the Chinese roots were thus uprooted and now they must try to recuperate these and incorporate them into modern life. 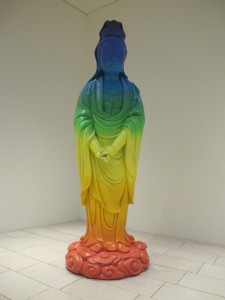 The exhibit doesn’t pretend to show a panorama of Chinese contemporary art but rather express its multiple character in constant undertaking. Individual artists put their mark on the art scene as opposed to a specific art movement. The works show this sense of individualism through a wide range of techniques: video installations, Zhang Huan’s Buddha head, Al Weiwei’s tree, enormous frescoes painted with ashes, Xu Zhen’s modern version of the goddess Guan Yin and a sound installation where the visitors were asked to lay down on yoga mats, listening to sounds and watching a film about a factory with monotonously effected jobs. 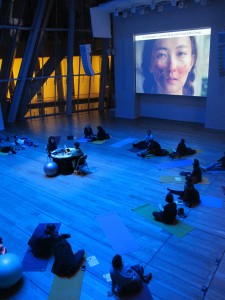 It’s remarkable that in such a repressive country – at least when it comes to free speech – critical art works as these can be made and shown to the public, albeit in France. Since President Xi Jinping’s reign in 2013, repression against political activists have increased. Since 2014, even religion has been considered “one of the four most dangerous security risks”. 1800 Christian crosses have been destroyed, several of great historical value. Those who dared to pose any opposition, lately in January, have been arrested. Maybe a topic for Ai Weiwei’s next exhibition? 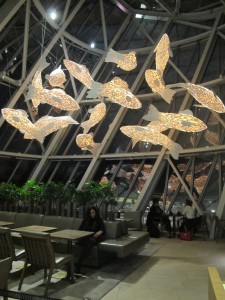 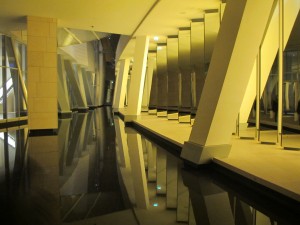