That’s a question intelligentsia, artists, women and civil rights activists seriously have to ask themselves these days. Donald Trump has been elected President of one of the world’s most influential countries; England voted for Brexit and France’s politicians are accused of corruption scandals… where are we heading? 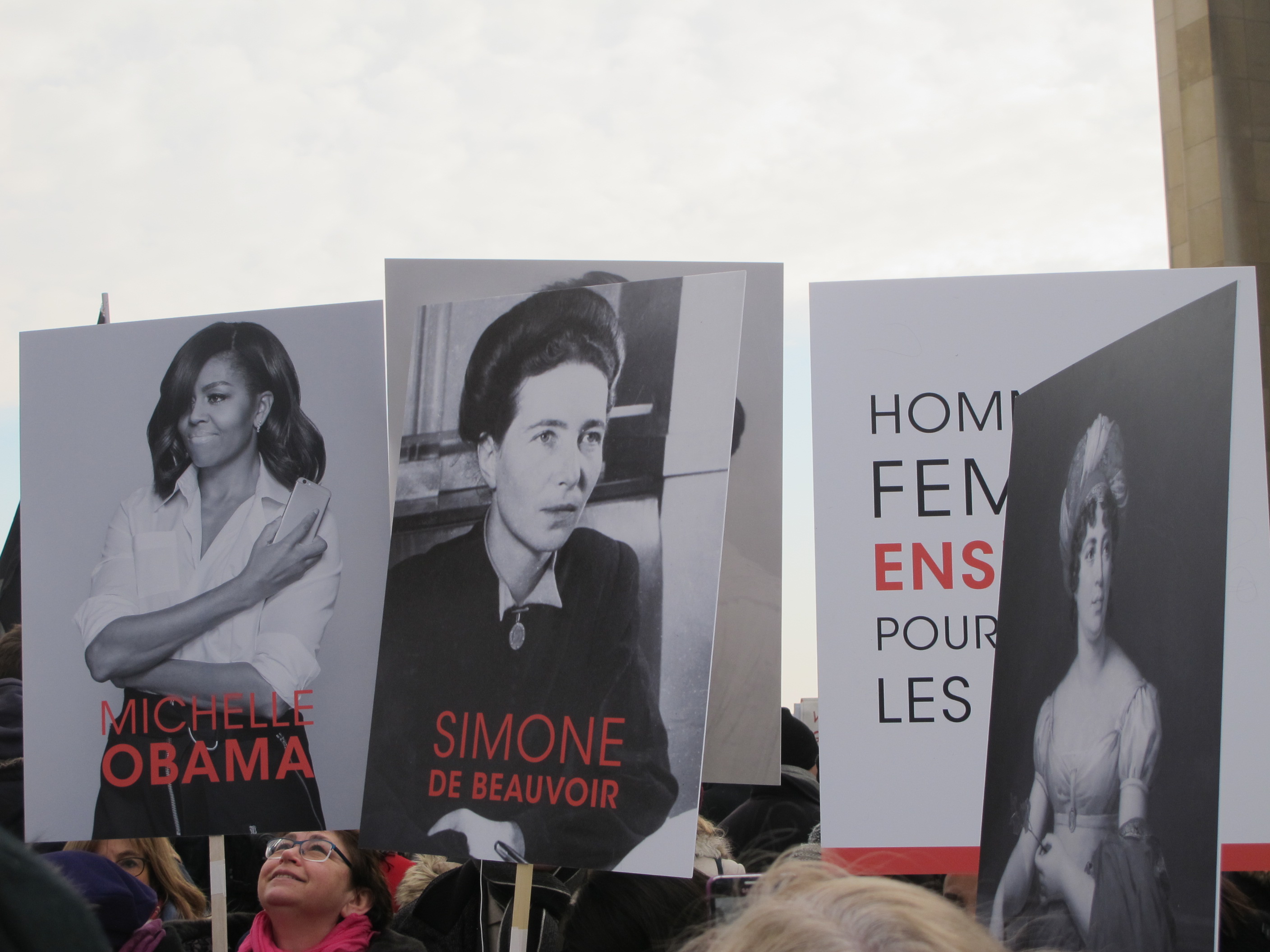 Some known feminists during the women’s march in Paris

The American president elect has been accused of diverse more or less cynical lashing-outs, his erratic behaviour making headlines in major newspapers. Trump shows too many characteristics of a power-hungry narcissist not to make one wonder about the safety of American democracy. The very same country that delivered Europe from a terrible cult-like dictator is now prone to fall into the same trap itself, with loose promises of “jobs for all and a strong nation”. We’ve heard it before…

The step between populism, nationalism and dictatorship is never far away. Here are certain traits to look out for:

The list can be made longer but I’ll stop here. We’re not there yet but warning flags are flying high and being made wiser after especially WWII, we need to pay close attention to upcoming events in the USA. It’s no time for silent by-standing. A genuine globalisation demands that universal values be given priority. 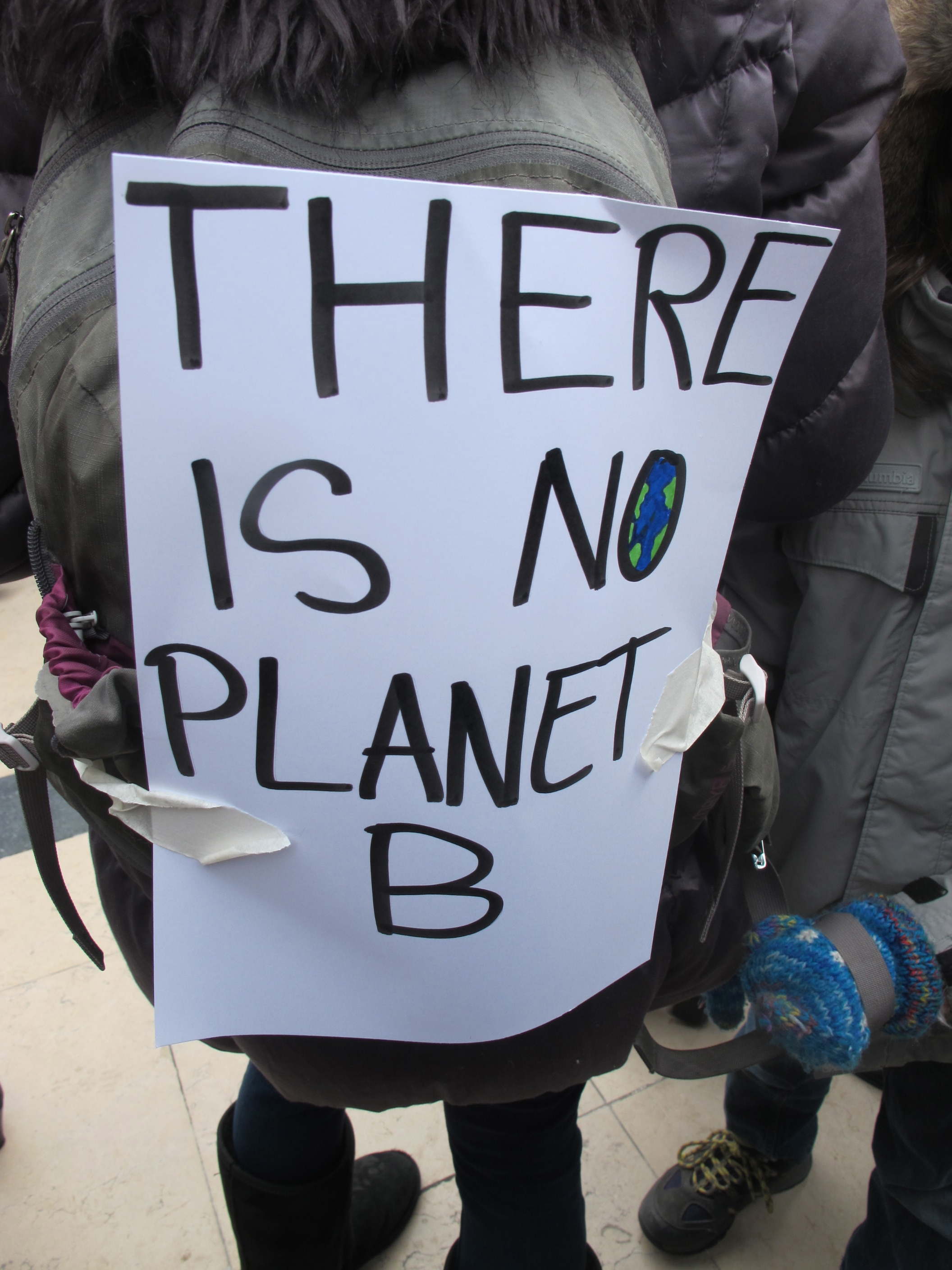 While Americans are organizing their opposition with different forms of activism, the rest of the world is holding its breath. After all we’re all concerned about what’s happening to the world’s superpower in these times of globalization.

The French women’s march on 21 January in solidarity for their American sisters, were also a reminder of a possible scenario with a final Presidential candidate who is the female equivalent of Donald Trump, Marine le Pen.

Despite active feminists like Simone Veil and Simone de Beauvoir, who advanced the situation for French women decades ago, their situation is never totally acquired. The day after the women’s march, another demonstration – the anti-abortionists and catholic reactionaries – blocked the streets of Paris. 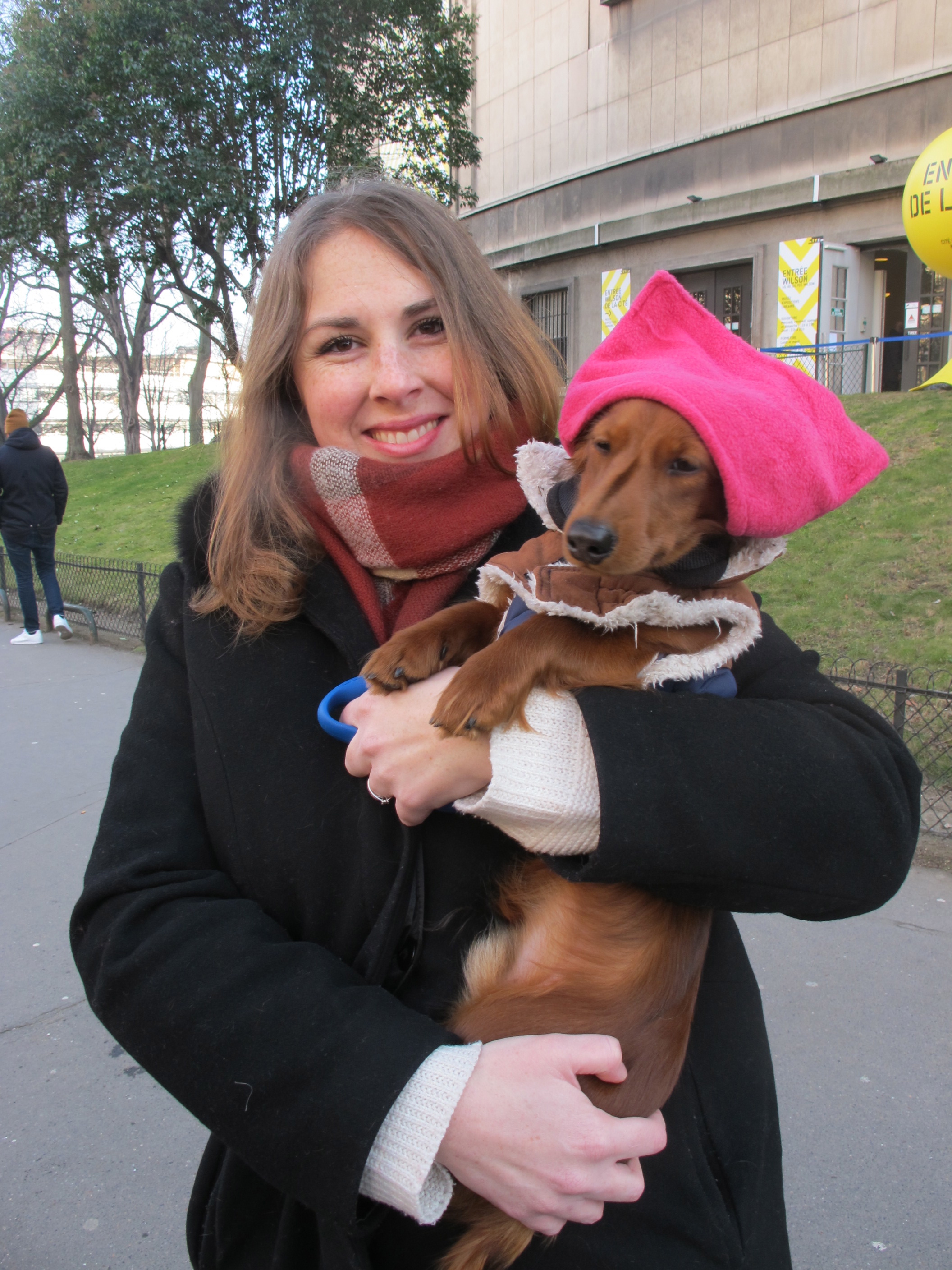 Even the pets partook in the women’s march in Paris…

Especially among the youth, a popular left-wing candidate, Benoit Hamon, has taken the lead and the centrist Macron is another new candidate. The conservatives’ candidate everyone thought could win because of his “integrity and high morals” – not a very common trait among French politicians – will probably have to step down after recent corruption scandals. So far the Populist Party with Marine le Pen as its head has been out-voted during past elections. However, as a lady told me “we usually follow in the footsteps of the United States”, it’s not impossible that she’ll win this coming Presidential election, end of April-beginning May.

The world map is definitely changing with Donald Trump in the USA and Vladimir Putin in Russia. China might become the great beneficiary. So far we’ve seen a leader in the USA whose interest is predominantly in getting his hard-core millionaires and anti-climate cronies into office. In the meantime, we must remember that Europeans – as opposed to Americans – still remember WWII and its disastrous consequences for its population. Thus they might be less prone to vote for yet another populist.

One thing is for certain; people want change and governments who aren’t corrupt and elitist. Populists like Marine le Pen and Donald Trump know that “dreams sell” and an easy way to do that is to name culprits and blaming them for all the wrongs, might it be the Jews, as during WWII, or the Muslims and immigrants nowadays. Do we never learn?

The Eiffel tower as a woman!