That was this year’s theme at the Fecris conference (www.fecris.org) that took place end of May in Brussels Parliament. 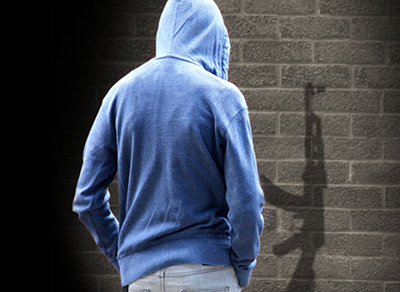 What are the common traits between a radical and a cultic organisation?

Speakers from a wide range of specialists – such as policemen, psychologists, cult-experts, lawyers and victims – tried to answer that question during this intense day in the heart of Europe. There are a few Ministries that work exclusively with cultic problems, one of which is placed in Belgium. The project is of high priority because of the latest terror-deeds there.

Belgium, influenced by France’s relatively new law, has instigated it’s own that condemn individuals (or groups) who use people to manipulate and lure them. The law is applicable to anyone from unscrupulous therapists, coaches, manipulative leaders to recruiters for terror-organisations such as Daesh (IS) and its derivatives.

Both Belgium and France have professors teaching at university levels about manipulative methods and cultic problems. One of these, the lawyer Jean-Pierre Jougla, explained to the audience how much the methods used to lure an individual to a cult or to a radical organisation resemble each other. “Because nobody adheres to a manipulative organisation by his own free will. The individual or sometimes an entire family is lured to believe in an ideology that is presented as positive and honourable.” Thus the person is led into a hellish cycle where the world is divided into “we against them”, black and white, where information control and total obedience is law. It’s more or less impossible to get out of such a hold on your own. Information and research is therefore essential as preventive methods.

The follower is made to believe that he’s part of a grand project “to save the world” – to create a better and more just society – like the Caliphate or Armageddon for example. The group’s ideology motivates the adherent to do deeds that are considered “above” society’s law. An utopian society is depicted with an authoritarian leader and total obedience. So far only a minority have been interested in these methods as their children or loved ones have been ensnared into what we may call a “classic cult” but with the increasing recruiting into terror organisations such as Daesh more and more research is being done in the field, as it concerns the society as a whole.

Anne Josso, MIVILUDES’ General Secretary (the French ministry working under the Prime Minister to inform him of cultic movements), described the French complications with around 400 minors born to terrorists who have returned to France. Around half of those are under five years old and born in Syria to IS-soldiers. Since April 2014 the French government is seeking a solution not only for those children but also for the around 16 000 citizens that have been radicalized, among whom two thousand are between 15 and 25 years old. A minority might cross the line and commit a terror act on French soil.

There are no easy answers however. The recruits turn to an increasingly younger public (even 13-14 years old) and to women (30%). Increasing numbers of citizens are drawn to jihadist propaganda with its simplistic answers and feelings of belonging. Could it be because of our complex, democratic societies where some are left out or are just missing a “higher ideal”?

“The French government is seeking to stop its members from traveling to Syria, hindering terror deeds, find and stalk the ones who’ve been radicalized and block their bank accounts. Tens of thousand policemen have been formed but it’s not an easy task”, admitted Anne Josso. “However we can rejoice that there hasn’t been any violent incidents against Muslims in our country. The French seem to have understood that it concerns a handful of radicalized terrorists who don’t have any connections with Islam”, she continued. On the contrary, solidarity has improved and despite the hassle with opening bags and coats a bit everywhere; subways that stand still as soon as a suspicious bag is found or shops or even train stations that are evacuated… nobody complains. She wishes for a united European organisation where the common fight against terror can become a reality.

Policeman and specialist in Islam, Alain Grignad, agreed to her analysis. He accused media and populists to have created a negative attitude towards Muslims as well as having created a handicapping fear among its citizens despite the fact that the risk of being killed in a terror attack in Europe is minimal.

Alexandra Stein, American social-psychologist and cult expert, explained the importance of feelings of belonging within the indoctrination process. “Just as when we were children, we become emotionally attached to the person we’ve given our trust to – i.e. the cult leader. Thus when that trust is broken by an aggressive and threatening behaviour, after having been isolated from family and friends, the adherent develops chronic stress symptoms. The adherent then can’t extract himself from this traumatic state.” Added to the cultic organized sleeplessness and poor nutrition, the brain gets into a sort of trance or vacuum. In order to extract himself from this schizophrenic imbalance, the adherent must create another, sound relation, with a trustful outsider. Only then can one hope for a durable de-radicalization and return to normal.

When Véronique Roy, a secularized French woman, told her story of how her son had been radicalized, despite having no prior idea of Islam or Muslims, and been sent to Syria, where he died 23 years old, no eyes were dry. His parents had desperately tried to keep up contact with him; accepting his conversion; stopping drinking wine at home not to offend him… to no avail. One day he disappeared and later sent an sms from Syria where his recruiters had sent him. Soon afterwards they got a message that their son had died ‘a martyr’. “We don’t even have a body to bury”, she said.

A few practice de-radicalization even if the job per se isn’t officially accepted yet. The adherents’ family is often of great help (in the case they haven’t been radicalized themselves of course) to explain how the individual was before the indoctrination process. Before meeting the zealot and trying to get him to understand the perversity behind the well-groomed facade, it’s important to learn about the ideology. It’s not an easy task and far from successful every time.

There are also some cells in the French prisons where different methods are tried out to get radicalized people to re-integrate society and accept society’s laws. However it’s difficult to know if the change is for real or if it’s pretence, as a cultic rule is “lie as much as you want as long as it serves the ideology of the group.”

Terror and radicalization although having existed before have seen a surge in Europe these past years. However let’s not get bogged down by fear but instead let’s use the adage of the poet George Herbert living well is the best revenge and continue to thrive in our democratic societies. Dictatorships and authoritarian rulers always end up falling apart eventually. Let’s hope that the same will be true for Daesh and its off springs as well.

In the meantime, societies should invest in more patrolling policemen and social workers that the inhabitants can get to know and come to trust in their neighbourhoods. The anonymous society may lead individuals with poor self-confidence to loose themselves. It’s important to catch them in time. It’s something each one of us can and should get engaged in. A more humane and civil society where its citizens of different cultures and classes can relate to and respect. More importantly though is to start with forbidding hate- and disrespectful teachings in the schools and by fanatical Imams. It’s going to take time…