This important cultural event’s fifth jubilee was a success. People queued up to come and listen to more or less known authors. 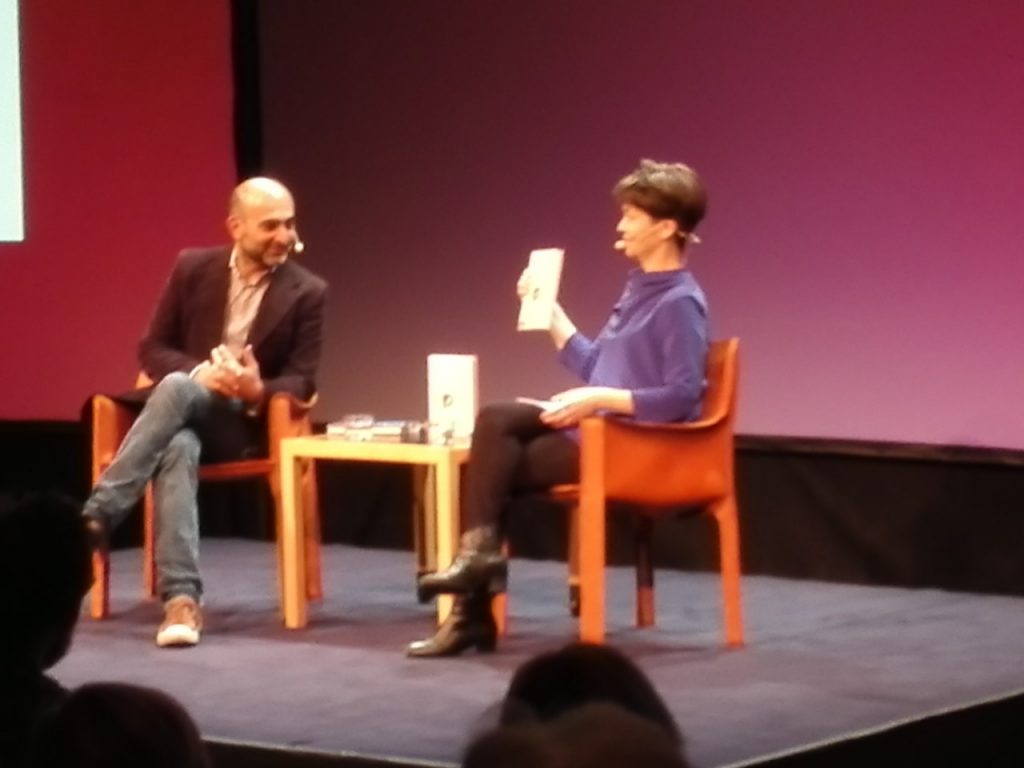 The book lives on:

Contrary to common belief, literature is far from dead. People still read, the words have an impact, authors get their messages across and readers are also interested in the deeper and more complicated novels. This year’s authors weren’t in the least superficial or easy reads. Their books ask more questions than they answer but isn’t that precisely writers and artists roles? To get us past our comfort zone? To make us think and go inwards in search for our own empathy or lack thereof. This literature festival made us do just that: reflect and contemplate.

The weekend started off with the prized author Mohsin Hamid and his latest book Exit West. As soon as he began telling the audience, in his exquisite Oxford-English, about his adventurous life, he got the floor’s attention. Mohsin was born in Pakistan in 1971, having Urdu as his first language; then, at the age of three, he moved with his parents to the USA and stopped talking altogether but after one month of intensive television watching, he regained his speech: in English with an American accent! Aged nine, the family moved back to Pakistan and he had to relearn Urdu that he had forgotten in the meantime. Life took him, as an adult, eventually to London and since eight years ago, he moved back to Lahore, Pakistan, with his family. “I don’t have a mother tongue, only a second and third one”. That’s hard to believe when listening to him or reading his books though…

“I have always moved. Wherever I go, I’m a foreigner. We’re all itinerants. Humankind has always been on the move. Since our day of birth we encounter changes. Lesser or larger migrations. When we leave our parents home, when we move to a new house, when we change jobs… variation is part of life.” Mohsin means that we’re all basically refugees but that we refuse to face that in ourselves. We think that the others are “those over there” when we’re only denying our own lives and ourselves.

His first book Moth Smoke (2000) describes an addict’s life but moreover it’s a novel about Pakistan viewed through the eyes of an American. The next story, The Reluctant Fundamentalist (2007), is written about the USA viewed through the lens of a Pakistani. The third book is about commercialism and his latest one, Exit West (2017), concerns migration and losses but is mainly a love story. For Mohsin is basically an optimist and a romantic.

“Let’s not forget that the world has become a better place for the majority of its inhabitants”. We tend however to focus on negative rather than on positive information which has led to an increase in our fears. Hence we nostalgically look back towards a time that doesn’t exist anymore and which might never have existed. The fifties optimistic world-view has led to today’s terror and Brexit, Trump, Daesh (ISIS), Erdogan to cite a few extreme cases. We therefore need to reverse our negative believes and regain our faith in a positive future. Novels are one way to offer its readers a different, positive perspective. Because what we think, we create. 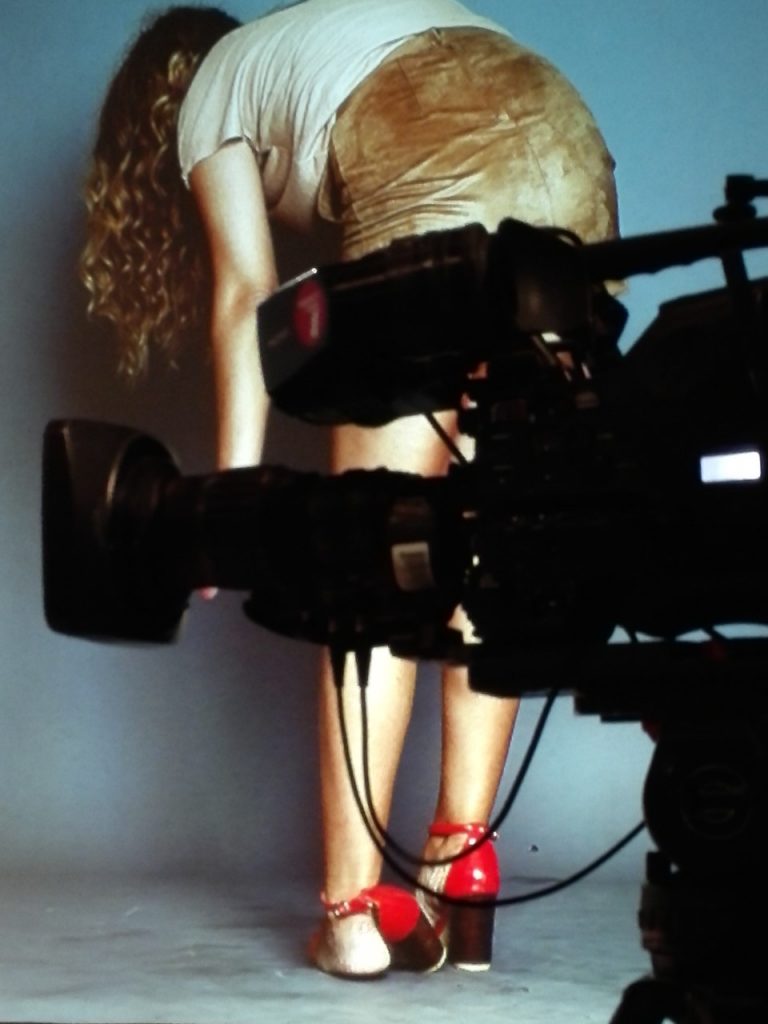 This Canadian author had a different but yet similar perspective. Her heroes migrated from the countryside and its level of perceived shame to the anonymity of urban life. But did that solve their problems? This year’s novel Chemin St Paul talks about the price to pay for exile.

Her own anxiety is the driving force in Lise’s writing. A therapy. The book becomes – it’s written. “First something touches me, then it becomes a book”. She was interviewed along with photographer, Julia Peirone, which formed an interesting angle. None of the two artists embellish their characters – mostly women – in their creations but point to details, some of which are far from beautifying. “It’s the women’s complexities that render them interesting. It’s not only black and white – good or bad – it’s the combination of both,” says Julia about Lise’s characters. Julia’s photographs are shown in the Modern Museum’s exhibition and are mostly portraits of vulnerable but cocky teenagers. 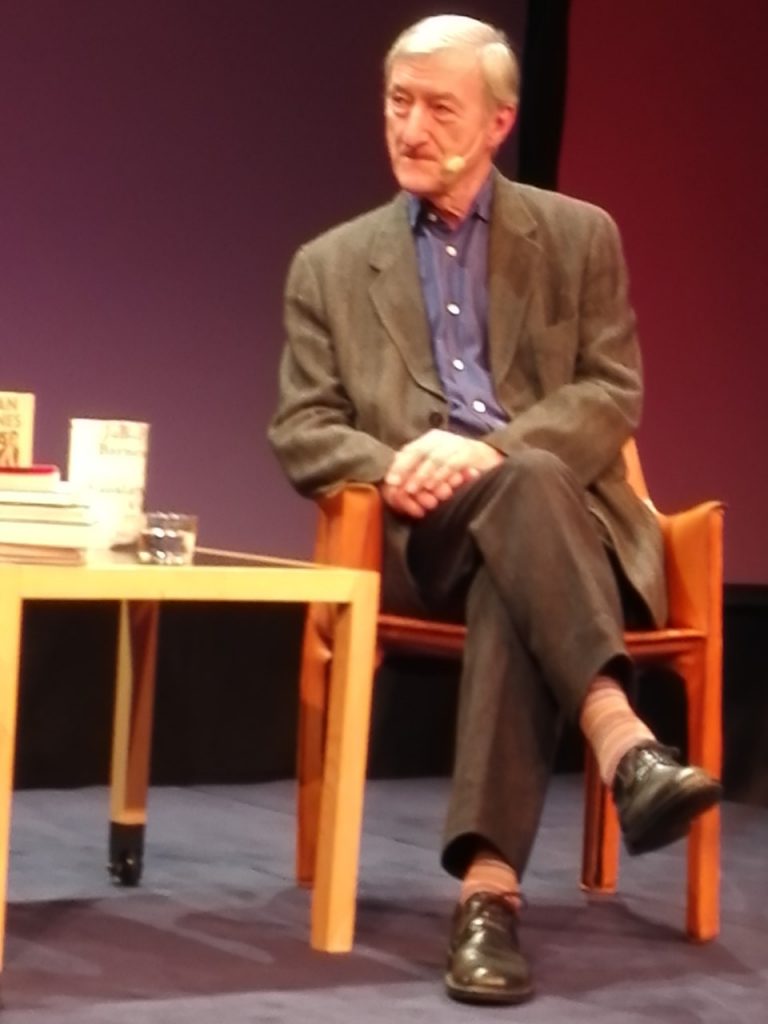 The English much prized author Julian Barnes latest novel The Noise of Time is related to an artist’s survival mode and what he can or can’t do to keep his art alive. It’s an interesting and quite actual question, as many artists are currently living in dictatorships and are struggling for theirs and their families’ subsistence. The novel is a poetic story about the composer Dimitrij Shostakovich’s struggle for survival under Stalin’s Soviet Union.

Barnes tried to write the story in the first person but it didn’t work out, so instead he chose to use the third person. “I work like a photographer with his camera lens – approaching closely a person to get into his inner life – but then zoom out again.” The result is stunning in this well-acclaimed novel. 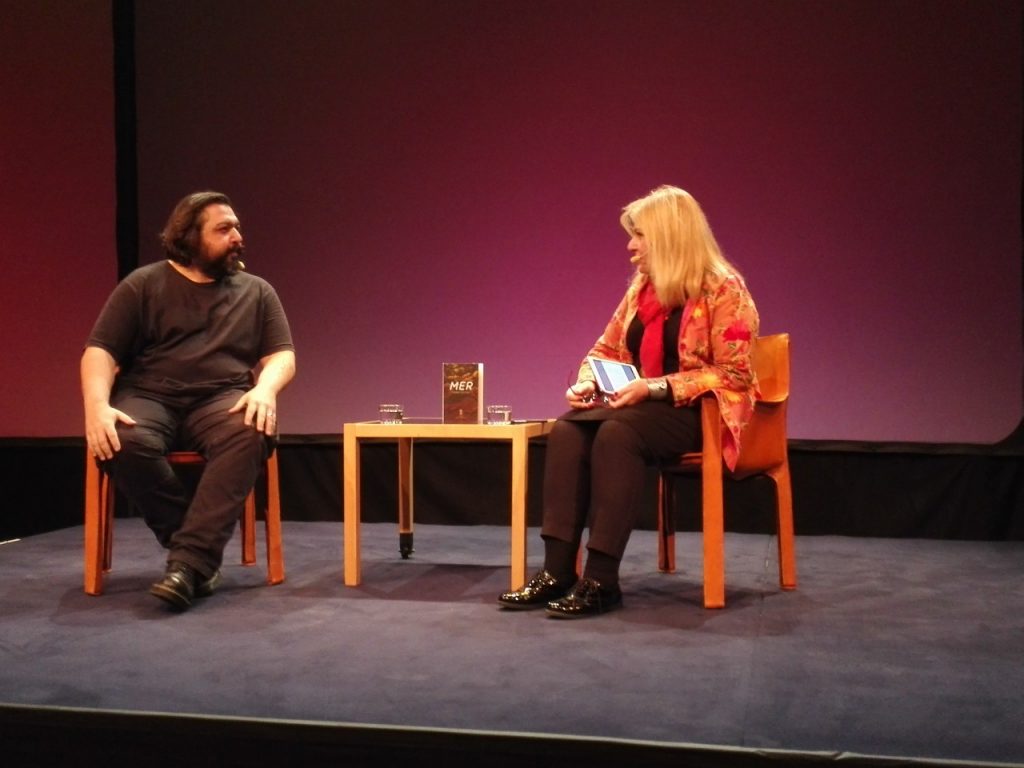 The last day of the literature festival started with the very dark novel Encore (More) by the Turkish author Günday. Thanks to our skilled Middle Eastern radio-correspondent, Cecilia, the talk lifted and transcended into a deep and fulfilling discussion. His novel is about human trafficking and the son of a smuggler who at the age of nine continues in his father’s footsteps and helps him smuggle out refugees. His characters lack empathy and all their dark sides are amplified.

“I’m not interested in writing about a society where everything works out as it should. Instead I’m drawn to its dark sides, trying to find some light there.” The book showing the other side of the refugees, i.e. the passers, is a biting criticism of the current policy of “closed doors” towards the refugees and their suffering. “Apparently it’s not enough to be a person in need to get help in our modern world.”

As long as we don’t grasp that we’re all similar with the same rights to a decent life, there shall be inequalities and violence. In the end, we’re all responsible. 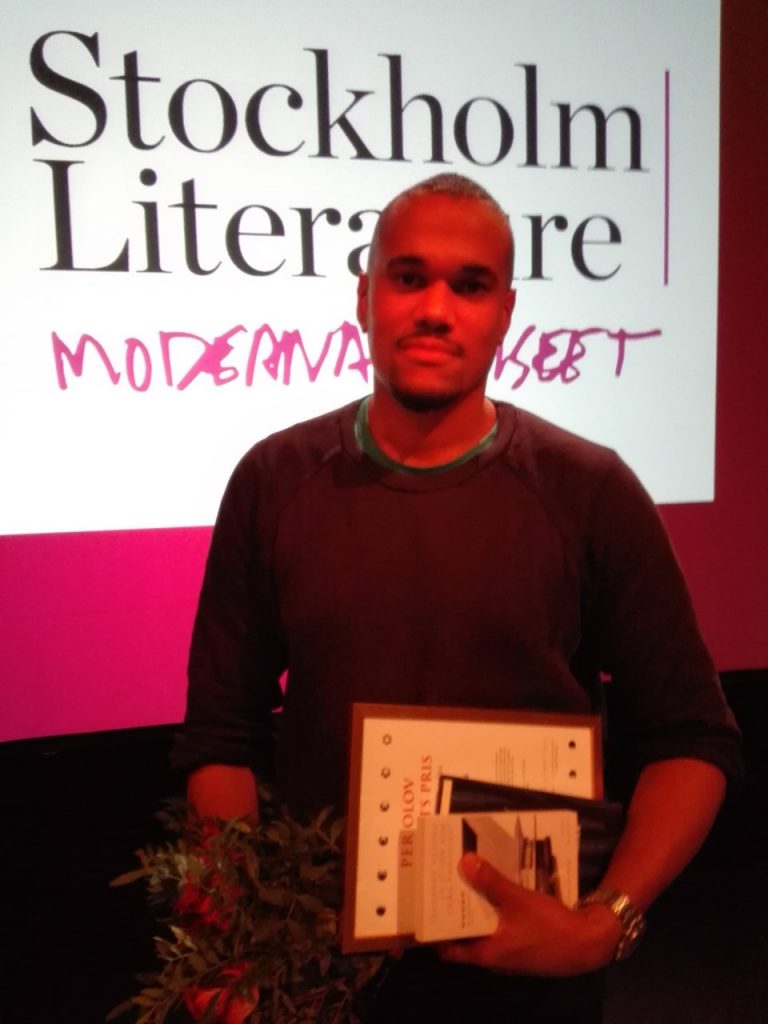 An author and poet who has gone from being an outcast to becoming part of the establishment – and an engaged one at that – is this year’s August winner Johannes Anyuru. He started out with the collection of poems Only the gods are new where he depicts rootless youngsters. However he made his debut with A storm came from the paradise (2012). The wind or the storm sails through his writings and represents life where one “drifts around trying to direct it or at least comprehend it.” Literature changes and in the beginning there is the Book according to our monotheistic religions. Anyuru is a faithful Muslim who believes in the written world.

He wishes for a world where our differences are accepted and welcome. And that can also be said for this literature festival where authors in their own unique ways, with their specific voice, leaves different imprints in their readers’ minds. However it’s then up to each one of us to take our responsibility and act from our own consciousness. Because the written word is like a thought: a springboard for action.

A huge thank you to the arrangers and the jury to have organized this event and to have chosen these authors among so many, dealing with profound and important subjects like migration, violence and deceit. The broad interest for the festival and the books is testimony enough of its success.