That the election is in the middle of two long week-ends, make these percentages even more worrysome. The candidates have to persuade the voters to, despite the holidays, go and vote. In what seems like a last effort, a few days ago, both Hollande and Sarkozy, held mega-meetings in Paris, at approximatly the same time but in different places in the capital, in order to persuade people to go to the urns. 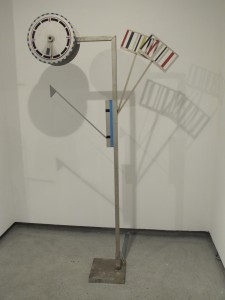 Sarkozy is trying with all his might to assemble the rightwing. He has, despite a lot of opposition, lately had some luck thanks to the arrests and deportations of fundamentalists on the French soil, after the killing of a madman – pretending to be an Islamist – who murdered several people among whom Jewish children. Since, the President has hardened his speeches against extremists thus flirting with Marine Le Pen’s extremist voters. “I won’t tolerate any fundamentalists on French soil,” Sarkozy said. But at the same time, he needs to get the votes from the centrists if he is to win. That party is led by the confident but a bit boring Bayrou. He represents the French countryside and traditions with his strong Catholic ties (he has been married to the same wife since youth and they have 6 children together).

Hollande has, on the other hand, to count on the leftists – Méclenchons  – voters and pull more towards the left which might frighten some. The socialist otherwise represents calm and continuity. But also some modernity with his new woman, a journalist with whom he lives but isn’t married to. Otherwise the resemblence to a philosophy professor isn’t far away. Bling-bling and sudden changes – that Sarkozy has been criticized for – isn’t anything for this man of compromises. In these financial crises times, Hollande is the definite favorite candidate.

The election will be settled between two candidates during the second round in May. Since over a year, Hollande has led that competition. He gets, according to the last surveys, 54% of the votes while Sarkozy gets 44%. A lot can still happen until then although it’s not probable. The 35% unsure voters will probably decide its outcome or maybe even the weather? If the week-ends will be sunny and warm, many might go to their country-homes instead of going to vote.

So the French thriller will continue until the last day. 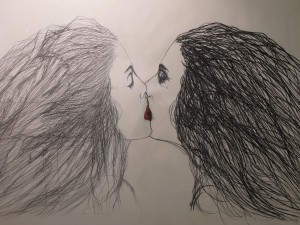