Mohamed Diab – a young Egyptian filmdirector – shows one of the consequences of women’s oppression in the Arab world in his film “Bus 678”. But it’s the beginning of a new phenomenon: to openly express what’s been taboo to mention for so long.

Egypt was known as the cultural center of the Arab world with its black-and-white movies from the -50s and -60s, veritable jewels. Films were produced on a massive scale and exported to the neighbourly Arab-speaking countries, Egyptian musicians and singers were listened to on the radio. 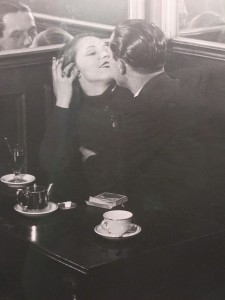 But the fundamentalists’ pressures and the censors’ viciousness had put a heavy lid on freedom of expression and on artists. Except from Youssef Chahin’s films and a few others not much of interest art-wise came from this oppressed people. However these last years of exasperation with the political and social system and especially since the revolution of 2011, the Egyptian art-scene has started to change. Street-art or graffiti – that has been forbidden in Stockholm, supposedly a democraticly ruled city – is blooming in Egypt. But for how long? Nobody knows. One thing is for certain and that is that artists have slowly started to show up on the national as well as the international scene. In the centre of Cairo, new graffitis – often politically inclined – and beautiful paintings are being added to different walls. The positive effects of badly kept buildings as a contrast to most European cities? Films and theater plays are starting to make their way. Documentaries as well as dramas are finally being shown.

One of the consequences of poverty, overcrowding and chastity, as well as religious zeal and a conservative oppression of encounters between the sexes, has led to sexual     frustrations. The men’s view of women from being one of respect – as it used to be not too long ago – to consider them as objects has led to a sick behavior of sexual harassement on the metro, in busses, on the streets, in the homes. In all societal levels and at all ages, the oppression and disdain of women prevails. This has developed to such an extent that the men even are ashamed when their wives are harassed by other men. They then feel “dishonored” by the victim! This is a relatively new phenomenon that partly comes from the extreme, wahhabist interpretation of Islam and the Gulf states’ old-fashioned patriarchal traditions. The Egyptians who have worked in those countries for decades, have “imported” these backward ideas to what used to be the eldorado of belly-dancers. This virus has infected the entire Egyptian society. 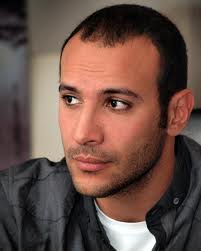 Diab has had the courage to show an otherwise taboo subject. His excellent film ”Bus 678” is a frightening example of how systematic and common the harassment of women has become. Muhamed is an engaged young man who was very active during the Tahrir revolution. A place where unfortunately one year later women are sexually harassed and even raped, a phenomenon nobody seems to be able to stop, not even the men trying to protect them. The film is about three women – from different social classes – who decide to take the law in their own hands to stop the sexual harassement. How do the men in the audience react to this film? “They start by laughing but as the movie unfolds they get quieter and quieter. They leave the movie theater after the women, an otherwise unheard of phenomenon in Egypt!” Muhamed Diab says. However half think that the movie is just a lie which is not so hard to understand as the women themselves seldom dare to talk openly about what’s regularly happening to them. The sociey thinks that it’s their own fault if something happens to them. Strange when you see how many women that are veiled nowadays…. One would think that it would be the opposite! Even under the filming at one of the football’s stadiums one of the actresses was harassed for real by the public!

The novelty in Egypt is that films and books are being made criticizing society and in favor of women. The revolution has brought to the surface, thanks to brave artists and people, men as well as women, the diseases that have infected the Egyptian system. To bring up the forbidden is the beginning of a profound change. Let’s hope that changes in attitudes and in the laws will follow and that the Egyptian women once more will be able to freely stroll around in their own streets, dressed as they wish, without being hazzled or scared. For the sake of their dignity and for the sake of the dignity of all brave Egyptian men.