On June 16, 2012, more than twenty years after having received the Nobel Peace Price – without being able to collect it – this freedom fighter could finally come to Oslo and listen to the speech in her honor and give her own very moving speech.

The tour started in Thailand where there are thousands of Burmese refugees still in camps under harsh conditions. It’s mainly populated with fleeing Karens from the tribes of Northern Burma. Aung San Suu Kyi’s visit to one of the camps proved however a disappointment for many refugees as she did not hold a proper speech for them. Probably out of pressure from the Burmese military junta. 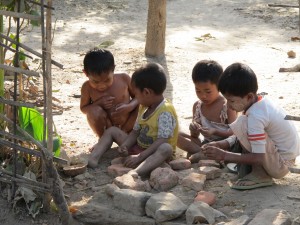 She did mention them in her Norwegian speech though. ”Conflicts continue both in Northern and Western Burma”, she reminded the audience so donations to the camps are still necessary. 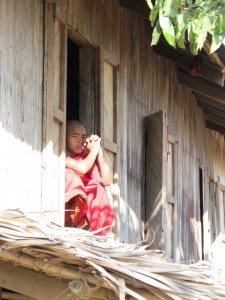 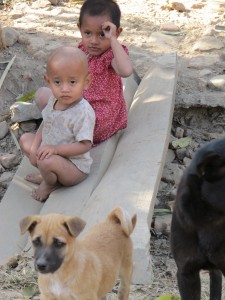 ”I’m anyhow positive that Burma is slowly developing towards a more democratic society,” she said. “Like someone walking across the desert is constantly keeping watch for the Northern star we should constantly keep in mind and seek human rights and strive for democracy without being blinded by the problems on our paths before we get there,” she urged. After the latest conflicts in the Western part of the country, the situation is to say the least, shaky. The ethnical problems are far from solved and seen as a potential threat to the country’s healthy development. Many of the surrounding countries, such as Vietnam and Cambodia, have liberalized their economies but whithheld the freedom of speech process. 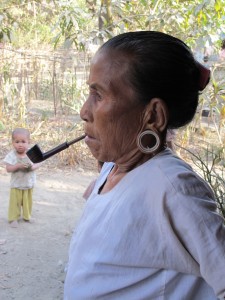 Many years ago, during one of her election tours around the country, San Suu Kyi promised to unify the minorities and give all Burmese equal rights. But that was before she was put under house arrest. Modestly, she said that she was not the one who had suffered the most under her years in custody and there are still many political prisoners under arrest. “As long as there is one political prisoner still in jail, it’s one too much,” she pointed out. To be deprived of one’s freedom means to be separated from our loved ones, but also from the society as a whole. Thanks to the Peace Price, she was pulled back into the heart of her struggle and of the world even if she could not partake fully in it. Thus neither Burma nor herself were forgotten. 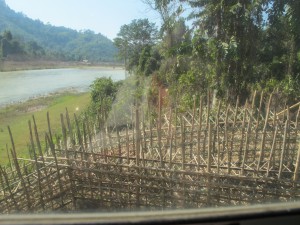 Human rights reach outside of borders and include all humans. As she heard via her radio about receiving the Peace Price, she felt this unity.

Did she never regret her decision to stay in the country then? No, because she sees it as her duty to lead Burma forward.

Her thoughts regarding the six different ”dhokas” – suffering according to Buddhism – during her years in house arrest – especially the dhoka about ”being separated from the loved ones and having to live with people one doesn’t love and who don’t love you” led her to consider the utter importance of fighting for democracy. No one shall have to be a refugee or a political prisoner and live in exile from friends and family.

When Aung San Suu Kyi was released from her long house arrest in November 2010, she was still urging economical sanctions against Burma. But since her party, NLD, (National League for Democracy) got elected into parliament, in April 2012, she has changed her mind regarding that. She’s instead striving for an economical rebirth through sustainable, ethical and democratic investments that don’t only advantage the investors (which has been the case with the Chinese ones) but that also help the Burmese people to better and healthier lives. The youth’s education is one of her prerogatives. Burma that lacks technology and most essentials could become – if its development turns into the right direction – an ecological and technological model. Let’s hope that future investors will live up to the challenge for one of the world’s most oppressed people despite its soils’ richnesses. 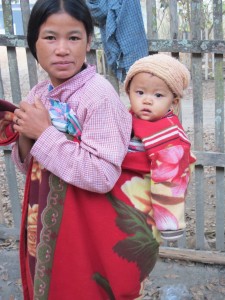 2015 will be an important year for Burma. That’s when the next elections will take place. But before that a lot needs to be done. The constitution needs to be changed and the 25% of military still in parliament be removed. That’s essential for the next election to lead to a democratic government.

Aung San Suu Kyi urges us to walk hand in hand in an attempt to reach a peaceful world and is a living example that a different future can become a reality. I’ll therefore be carefully optimistic togther with her. 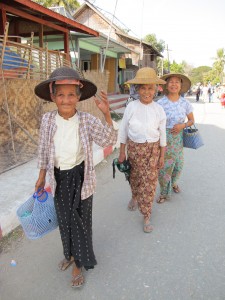