8 March is celebrated globally but some countries like Sweden find it obsolete. Is it really so? In this article I’ll try to answer that question. 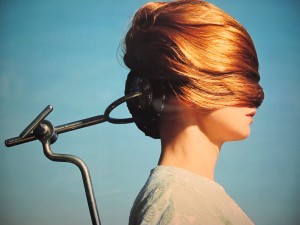 The UN declared, in 1977, March 8 as the international women’s day. Since the beginning of the 20th century suffragettes and women from the working class have been struggling for their rights. Women’s day has developed to become a global manifestation for gender equality.

In France the actual question has this year 2015 been centred around violence, with the children’s fessée – spanking – being on the agenda more than women’s issues. However the two aren’t that separate because 70 % of women have experienced some form of aggression in their lives. 75 % of sexual violence is, according to the UN, perpetuated against women. And we all know that violent acts are mostly acquired during childhood.

The Oscar-winning woman for second best role this February held an engaged talk in favour of women: “we have fought long enough, now it’s time for women to get equal pay for equal work!” In the USA, the difference is still as much as 23 %. In France it’s not much better with 15,2 %. Globally, salaries for women are lower than those of men. Women detain more half-time jobs and have low-paid jobs within child-rearing- and health-related posts. The development of women’s roles in society is so slow that if the pace isn’t accelerated it will take until the year 2100 for women to be equal to men!

As long as women haven’t reached their goal, a reminder as the celebration on 8 March will continue to be essential. In Sweden we’ve reached quite an advanced position but even there, there are still improvements to be done. Therefore the current government has decided that Swedish foreign ministry should concentrate on a “feministic approach”. In France, a woman, Anne Hidalgo, has been appointed mayor of Paris – the first step in the view of the presidency. Who knows, maybe France will soon have a woman as its head of state? However the real challenge would be a “feminine” leader – having an inner strength and courage yet unheard of in our patriarchal world and who would govern her people as caringly as she would her own children. That would truly be revolutionary!