Kraitz tries to answer or rather ask that question during this autumn’s exhibition at Sven-Harry’s Museum, in Stockholm. 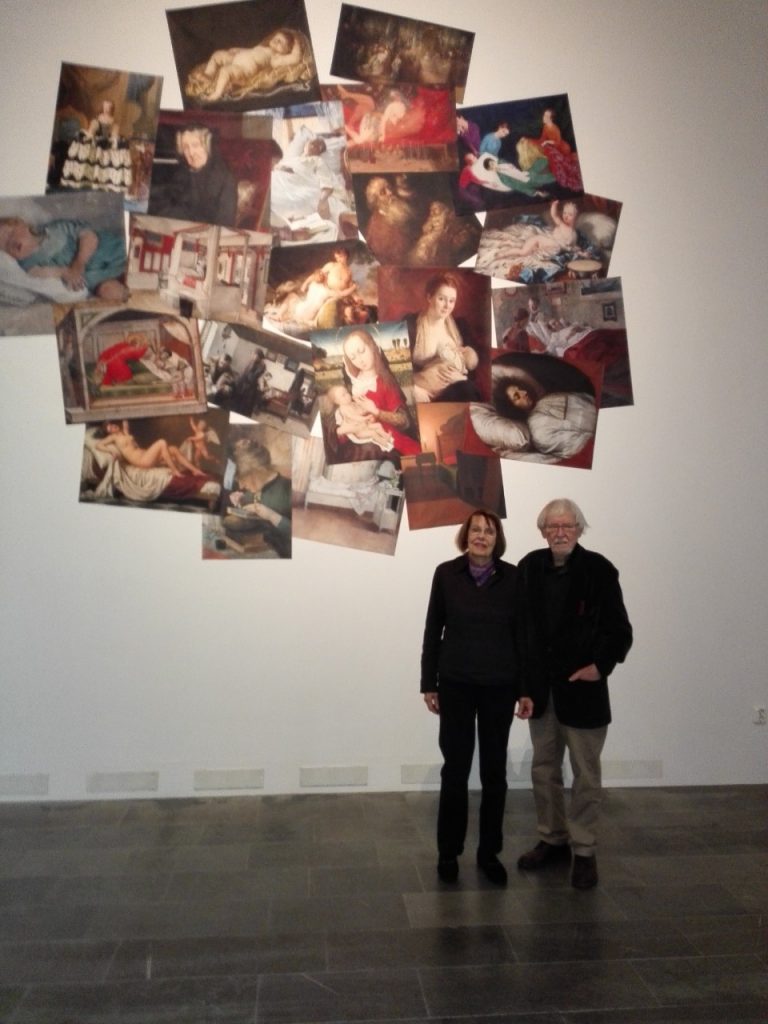 During several years I had the pleasure to accompany the couple, Ulla and Gustav Kraitz, through their works of art, visions, sorrows and joy. Hope in front of the UN skyscraper in NYC is one of their most well-known international works. A piece of art, in the form of a briefcase, stands, as if forgotten, in the midst of New York’s buzz. Did Gustav Kraitz (born in Hungary in 1926 but, after the Soviet army invaded his homeland, immigrated to Sweden) recognize himself in this abandoned briefcase, made in Raoul Wallenberg’s memory, the man who rescued so many during WWII? 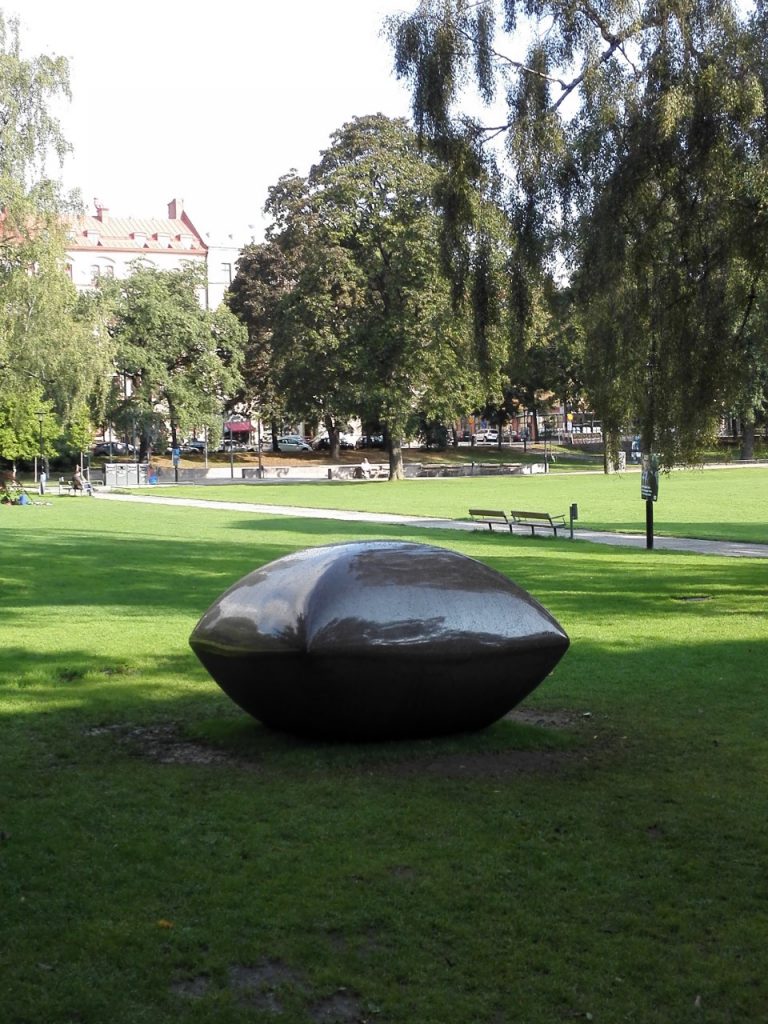 The present exhibition in Stockholm is called “The Cushion” (Huvudsaken). A gigantic cushion has been placed in the park outside of the museum. Children delight in climbing on it and passers-by admire it. In the first room of the exhibition, I was faced with a collage of photographs of paintings from different time periods – some better known than others – having a cushion as their common denominator (even a “human one” in the form of a woman’s breast). “The cushion symbolises both life and death, softness and harshness of a long life” the artists explained. Cushions spread happiness and sorrow, tranquillity and rest – from birth to our final rest. Emotions come and go – from feelings of cuddliness to those of discomfort. They also made me thinking of immigrants having to leave their homeland – just as Gustav once did – due to oppression, war or fear – in search for comfort and safety. However how safe is Europe nowadays? How do we welcome “the other”? With the surge of populists and nationalists one wonders… 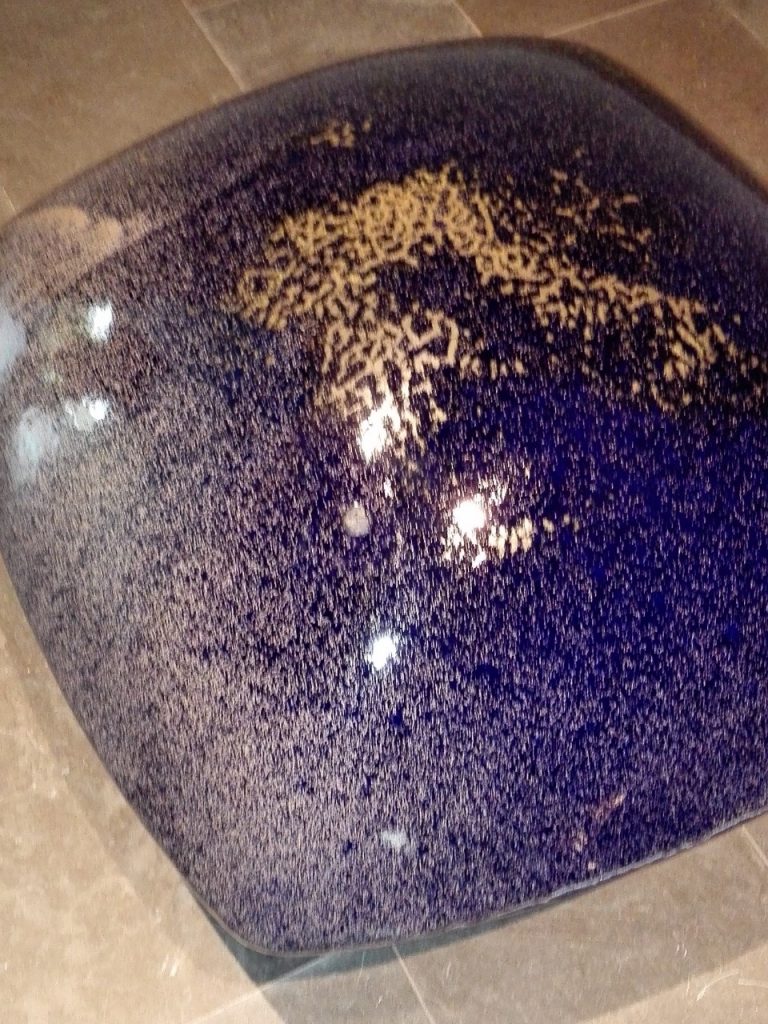 The next room shows an installation of ceramic cushions in differing sizes and colours. It reminded me of a quilt until I discovered the inscription on one of the cushions: “in memory of my years in Russian coal-mines” that froze me. Gustav had been taken as a prisoner to a coalmine where he had to work shuffling coal for five years, before being liberated in 1949. He still shuffles coal and wood but now for an entirely different purpose. However the way to get here has been long and hazardous. 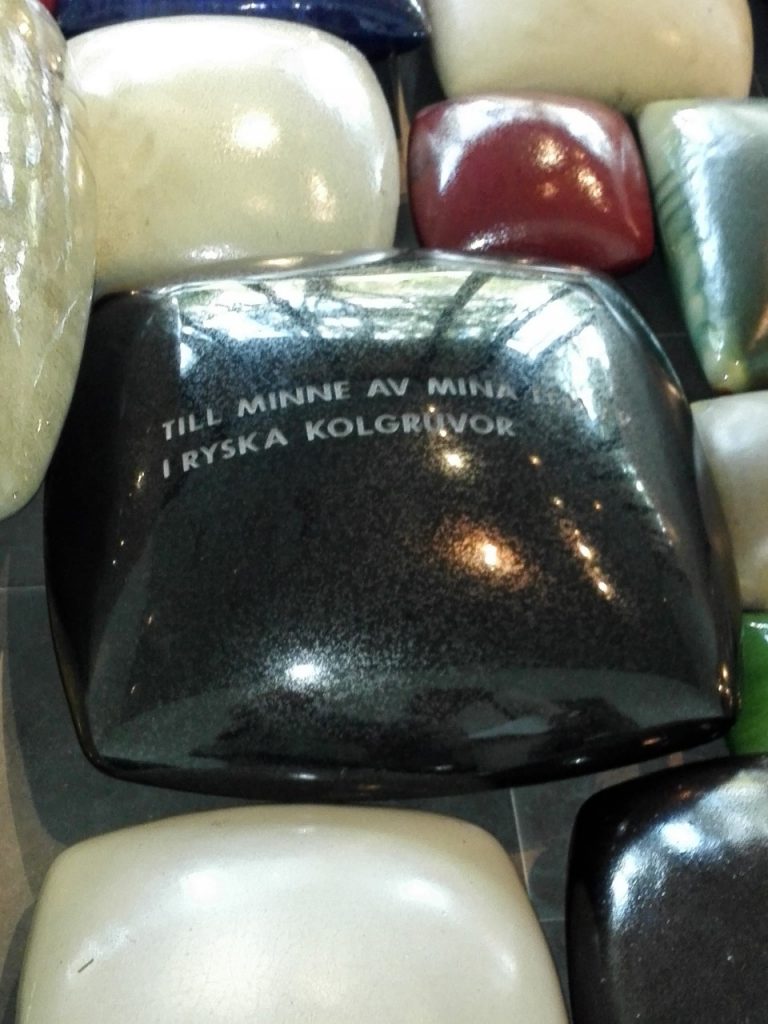 Ulla and Gustav Kraitz have been working side by side since their marriage in Stockholm in 1961. They then moved to Southern Sweden where they created their common atelier. Gustav started doing research about how to build ovens for his ceramics. “I found paintings some monks had made of antique Chinese ovens at a museum in Denmark and was able to borrow them. From these pictures, I started to experiment building ovens. The first ones were failures until I managed to make one to my liking”, he said.

The couple’s success in reproducing – with their own unique touch – Chinese lustre and burning technique from the Song period (960-1279) is envied by the Chinese themselves who come to their atelier to re-learn their own technique! The sculptures are burned in 1300 degrees in these hand-built ovens, heated with wood and coal. Mostly birches from the region. “Fruit-trees are best suited to attain celadon colouring, while birch is used to get the oxblood colour”, says Gustav. 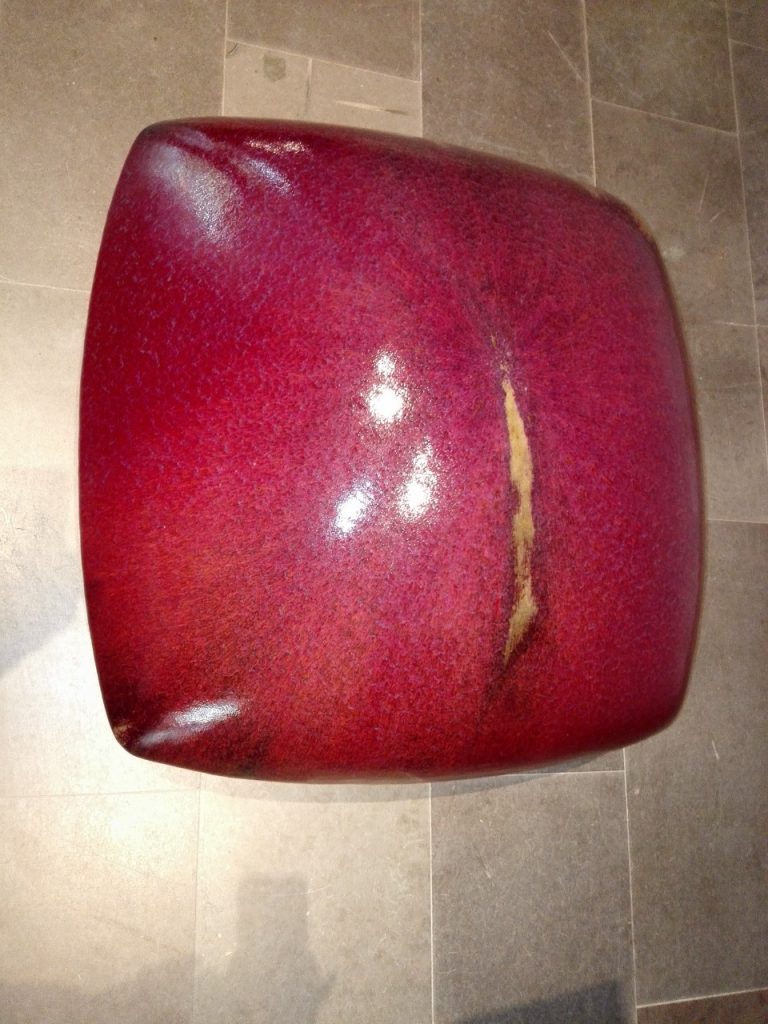 Ulla’s paintings on the upper floor reflect the sculptures in their closeness to nature and emerging seeds that may develop in one way or another. Reminding me of the cushion as a symbol for the mother’s breast and the embryo, waiting to develop into a life of joy and sorrow.

The finality of years of creativity and hard work together has resulted in the couple’s national as well as international recognition. Migration is often born out of pain but may eventually result in great joy. 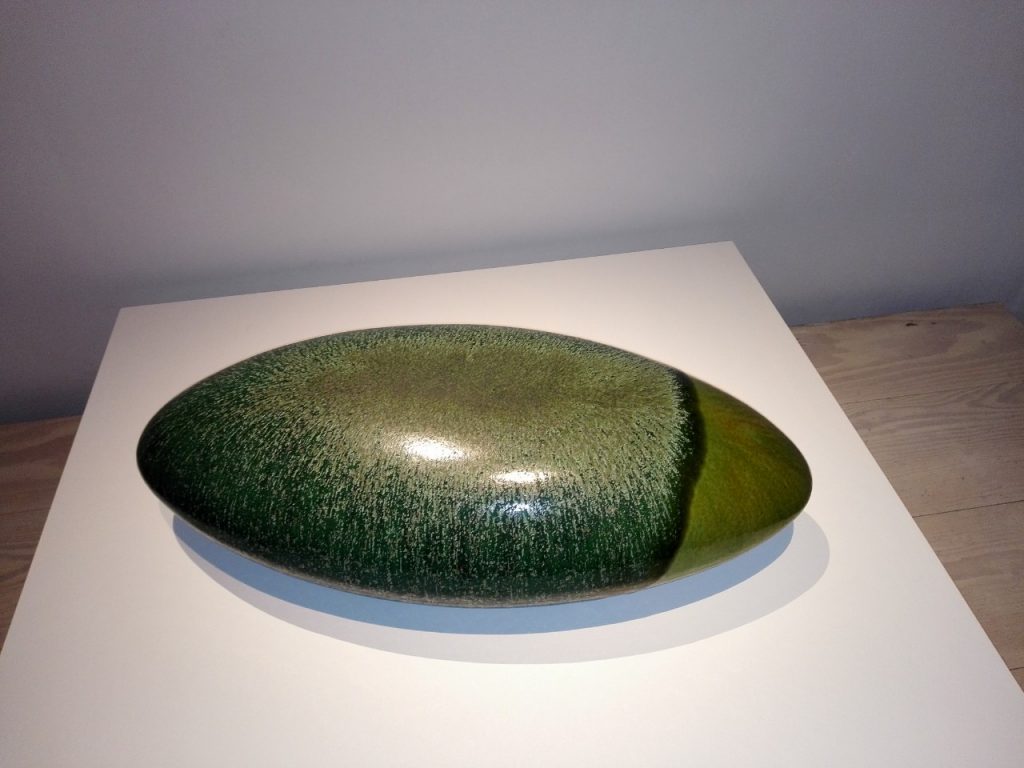 A seed made in ceramics