This artistically unique exhibition at Quai Branly in Paris is called: ”Parting the air”. 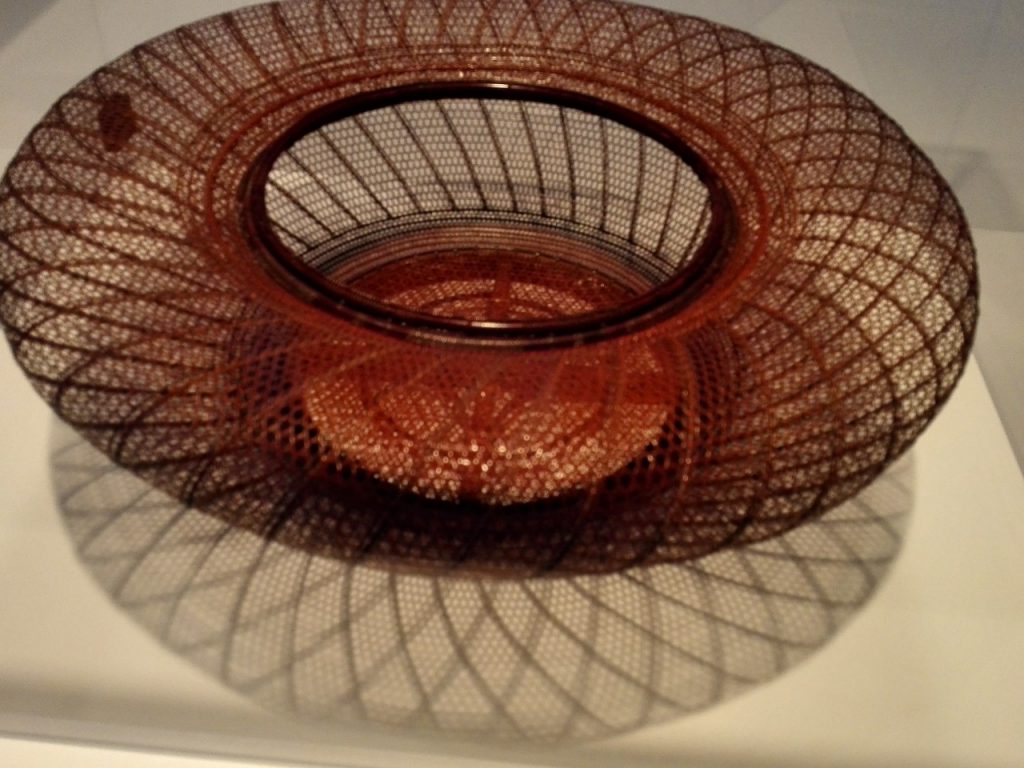 Quai Branly is situated close to the Eifel Tower, along the Seine. Former President Jacques Chirac inaugurated this museum, dedicated to African, Oceanic, Asian and Indian-American collections, in 2006. The well-known architect, Jean Nouvel, conceived this imposing building. I entered an oriental style garden with narrow pathways, bushes, plants and mostly bamboo, with a tall green wall – the first of its kind in the capital. Children love this labyrinth type museum with its long okra-painted snake-like ramp entering the building. Colourful Indian feathers, shaman dresses, drums, gigantic statues, woodcarvings and much more enchant the visitors. All along the curved corridors, visitors are invited to sit down to view documentaries from exotic places. 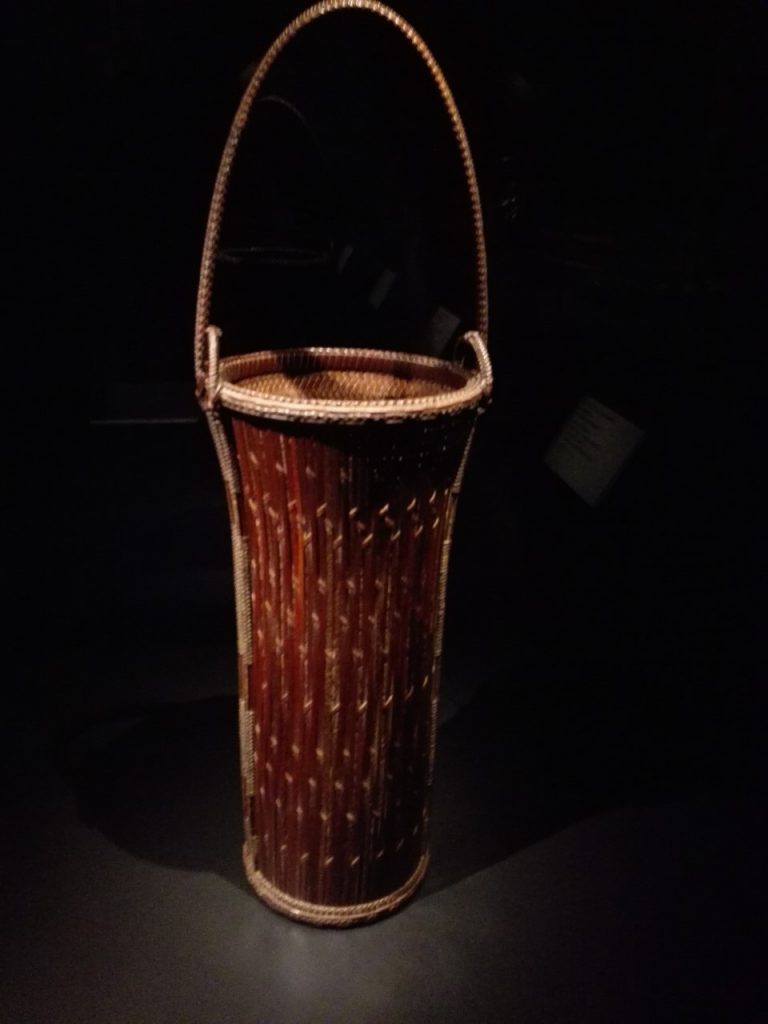 However, I was determined to escape this cold winter day, by getting immersed in the art of Japanese basket works. From being simple handicraft, these took on a meaning of their own, from being useful to becoming works of art. 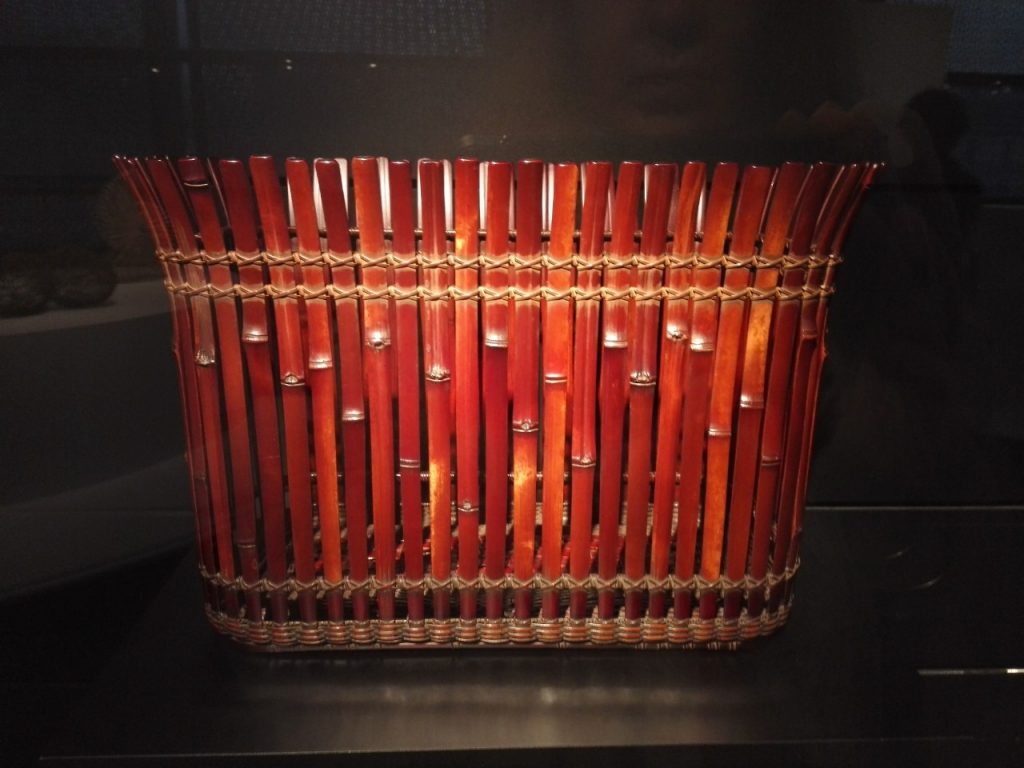 Aesthetics is part of the Japanese culture since memorial times. Even a broken vase for example is mended with gold because it is believed that “it’s when something is broken that beauty shines through and that needs to be shown, not hidden” – we might add that it’s when our hearts break that we become humble and that love grows, because no feelings can emerge from a frozen heart. Maybe it’s the same for the artisan who makes his objects by putting his entire soul in his craft? In our consumer society we tend to forget the importance of a genuine art craft. This exhibition offers so much more than handicraft, it tells the story of how basketry developed from being useful objects to becoming sculpture. 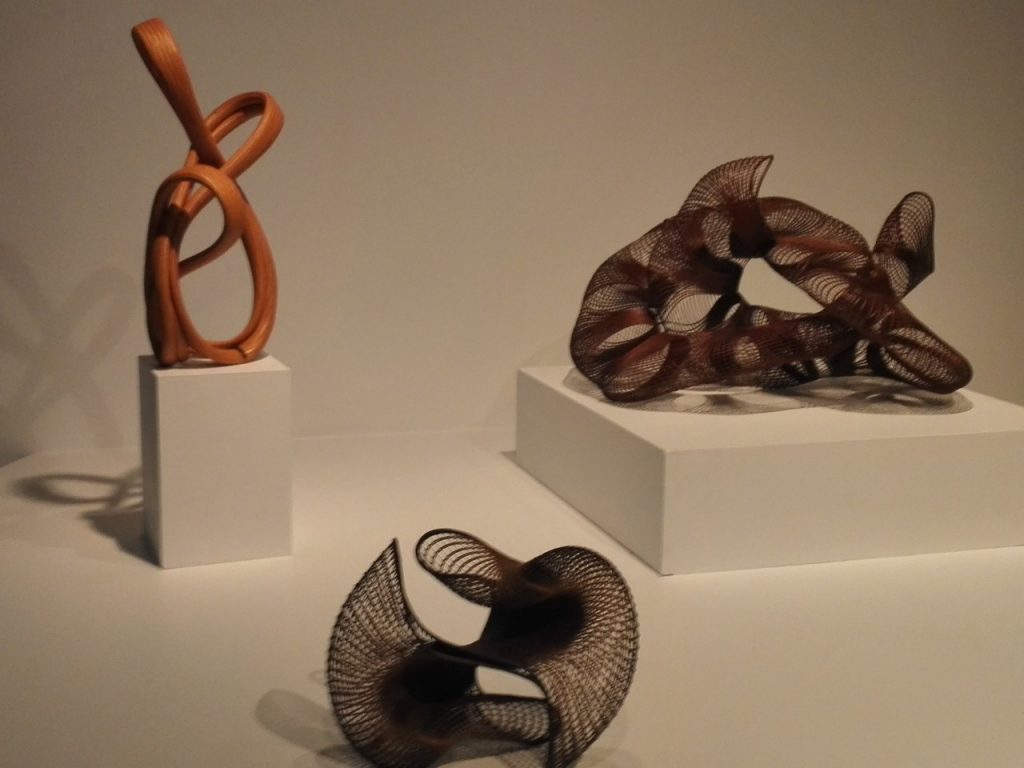 The bamboo baskets are closely related to the arrival of tea from China during the Middle Ages and to the spread of Buddhism. According to their view of things, bamboo relates to the freedom of “nothingness”. However it’s during the Meiji area (1868-1912) and the tea ceremonial’s peak period that artists like Lizuka Rökansai and Hayakawa Shokosai blew new life into the art of basketry. The sophisticated and traditional tea ceremonials implicated also intricate flower arrangements – called Ikebana – and these bamboo masterpieces where used as vases for these. They were appreciated even as collectors’ objects, exhibitions were organized and masters passed their knowledge on to pupils, often from father to son. “Bamboo lineages” thus developed, some better known than others. 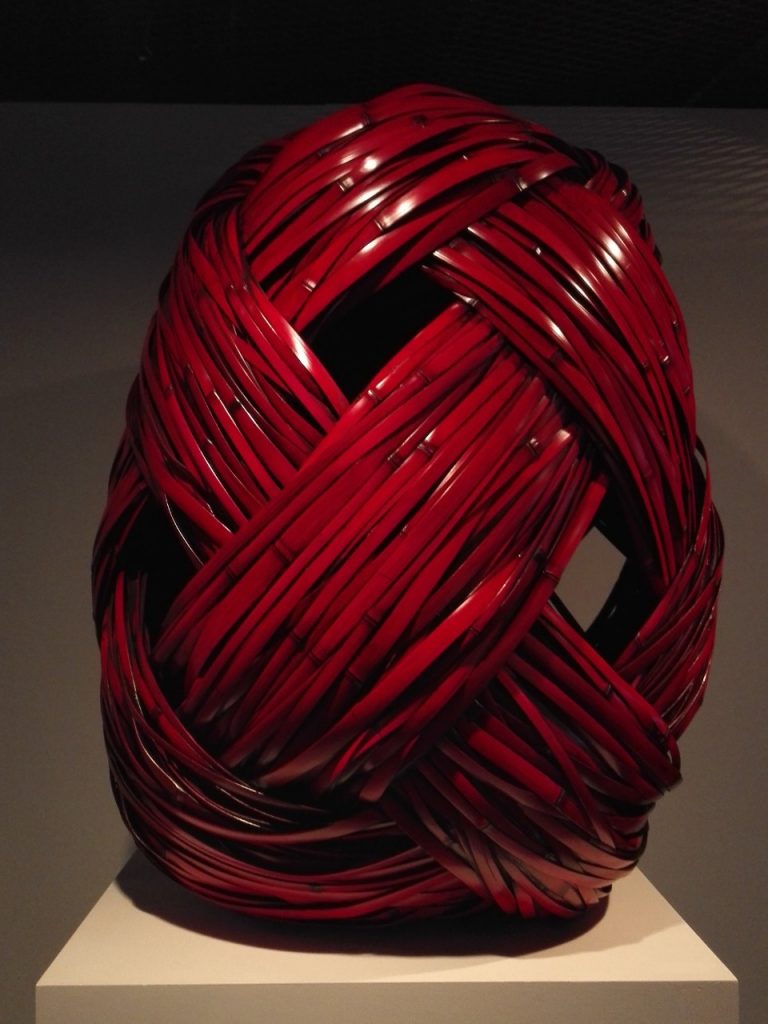 Films of the contemporary artists and their way of working are also shown in this exhibition. I learned how they have developed their art with the help of computers and can nowadays make the most incredible sculptures, some of which are displayed at Quai Branly. 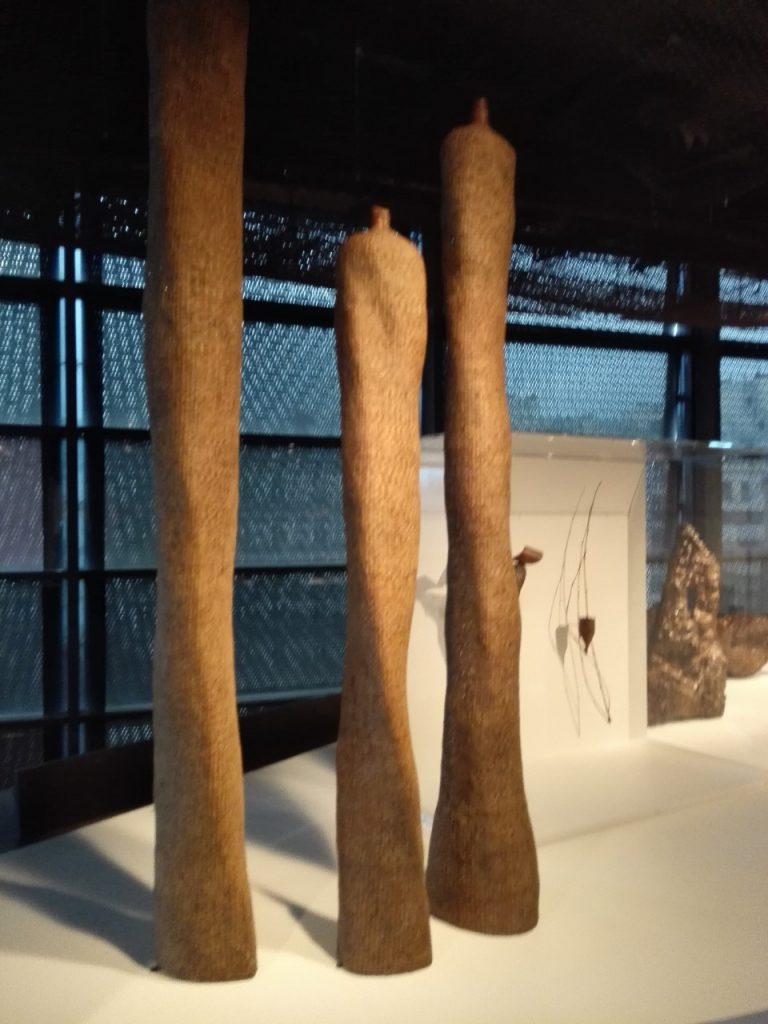 With this show, this exciting Japanese oriented year in Paris comes to a close. It’s been a fabulous voyage to a land and a culture that have aesthetics in high regards.