That’s the name of this interesting exhibition at Sven-Harry’s Museum in Stockholm. The famous film director Hoyte van Hoytema had been given the difficult task of choosing 199 photographs from some three thousand pictures of the Hasselblad foundation’s collection. The result was astonishing. 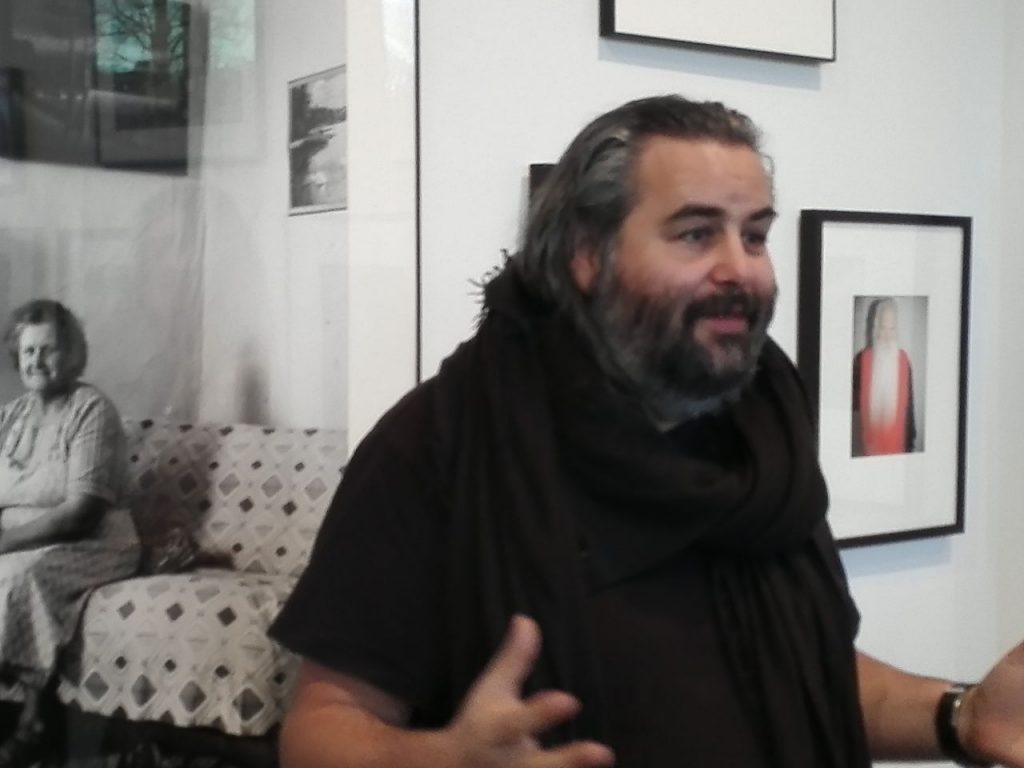 At first I didn’t understand the idea of the hanging showing a mixture of pictures from different epochs, sizes and photographers. However the Swedish/Dutch expert came to my rescue: “I am interested in the eye-line, the contact between object and subject”, Hoyte explained. For this is not the usual photograph exhibition with large pictures hung quite apart from each other so that the visitor can view each one in detail. This is more like a puzzle of several pictures hung up in what looks like a mess at first glance. On one of the walls he had even drawn a horizontal line and written 152,50 cm. on it – like one does when children grow. “This is the normal height of one’s eye-line” Hoyte told me. 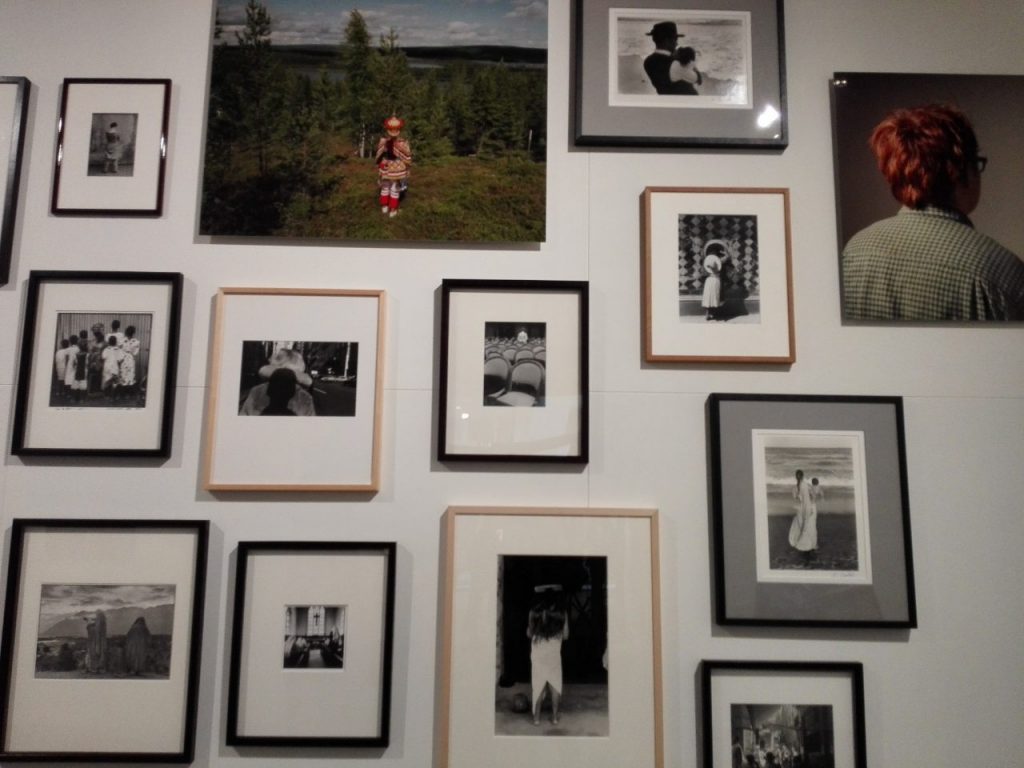 Upon entering the first room, I was met by pictures of necks and backsides. Not a single face. Looking at the right hand wall, I discovered that all portraits had their heads turned to the left; at the opposite wall they had their heads turned to the right. “I’ve made my choice of pictures according to the direction where people are looking,” Hoyte explained. It gave the room a sense of a collective with a group of individuals of different ages, sex, nationality, just like in any society, eying some event. The individual thus disappeared behind the masses.

This exhibition can be viewed in two perspectives: as a group dynamic or as individual photographs. 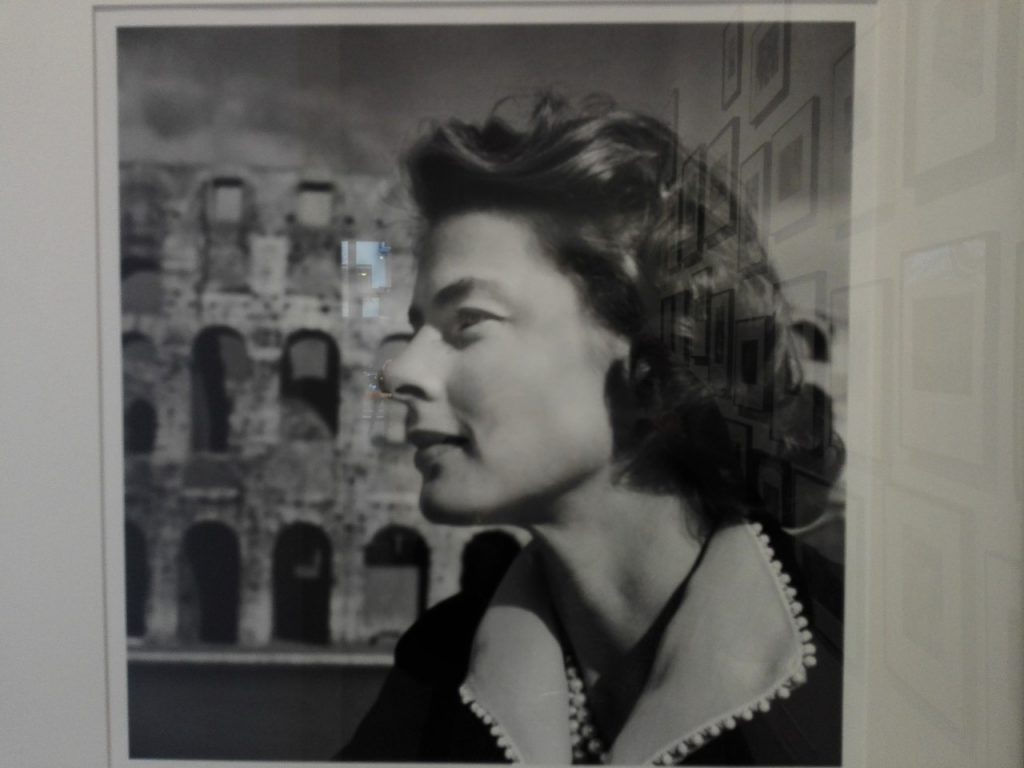 Famous photographers such as Cindy Sherman, Irving Penn, Lennart Nilsson, Christer Strömholm and Richard Alvedon are mixed with younger and lesser-known photographers. It stretches out during a century. “Some photographers are shown several times, others not at all; my sole criteria in choosing them was their eye-lines”, Hoyte explained. It gives a sense of humility and equality that we don’t often see in such exhibitions.

I also learned the importance of the angle for a filmmaker. The feeling isn’t the same if you see a person from behind, from the side or from up front. The inner room is exposed in such a way as the viewer feels uncomfortable looking into several starring eyes. It was a relief to come up to the upper floor where the portraits’ eyes were hidden behind a newspaper or other object.

This is a unique exhibition well worth seeing several times. You have until 19 May so hurry up! 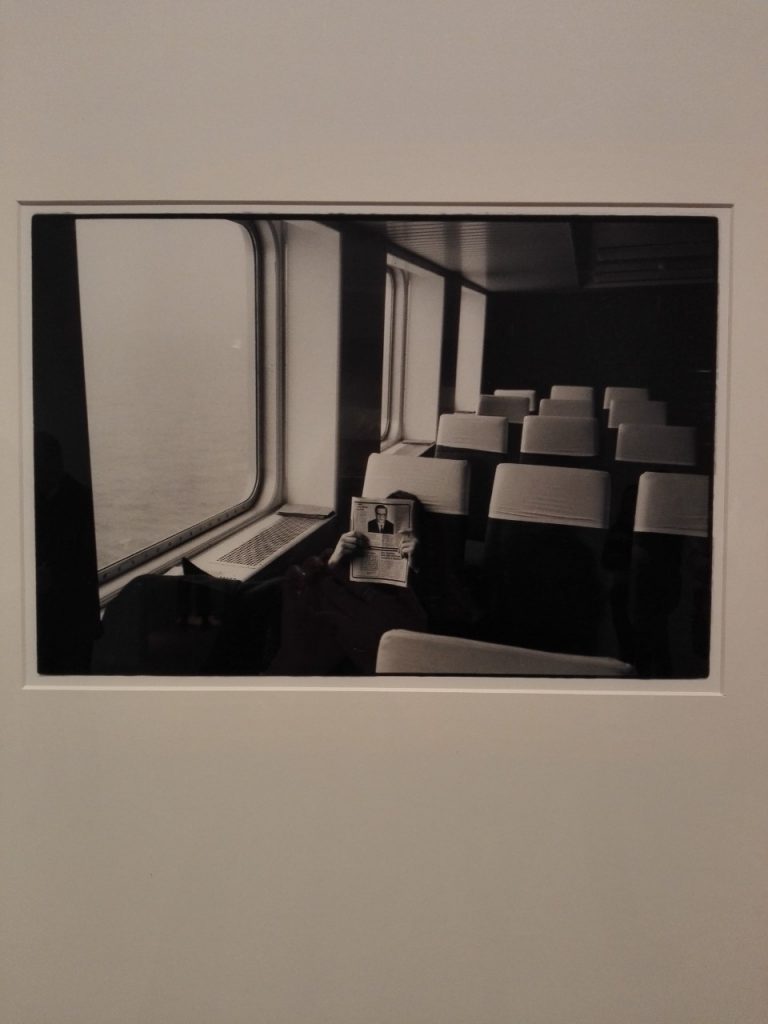