Cleopatra is one of the world’s most well-known legends. However what do we really know about her? This is an exceptional journey to try to learn some more about this mystical figure. 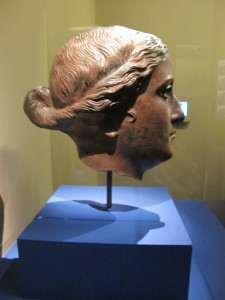 tries to answer this question in a unique exhibition with more than 350 exposed objects (from 10 April – 7 September 2014). Archaeological findings are shown alongside paintings, theatre, operas and films to illustrate this mythological person we have all come to know more or less… either through the famous film with Liz Taylor and Richard Burton, or Asterix and Obelisk, or just through a fancy-dress ball.

Never has a historical person been so controversial as Cleopatra: her beauty, adventurous streak, love life, political mastery and intelligence… She’s inspired numerous historians as well as artists. 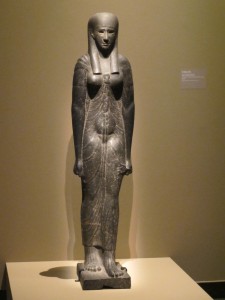 At the age of 18, Cleopatra (together with her brother/husband) becomes queen of Egypt – who despite bad economy encompasses incredible richness. After a few wars and some time in exile, the Romans headed by Julius Cesar helped Cleopatra reconquering her throne. The two fall in love and their union results in little Caesarion. Julius Cesar however is murdered (44 B.C.) when they are both in Rome and afterwards Cleopatra returns to Egypt.

Frog and Ibis, 1st century BC.

A couple of years later she meets the next Roman governor:

Marcus Antonius. She’s supposed to have sailed to meet him dressed as Aphrodite in a golden ship, with oars made of silver and purple sails… if not for her beauty how could Antonius resist such a seduction technique?!

Three children later and a life in luxury in Alexandria, they get married according to Egyptian traditions despite the fact that he was already married to Octavia whom he later repudiates. The territories that he’s conquered he donates to Cleopatra and their children. 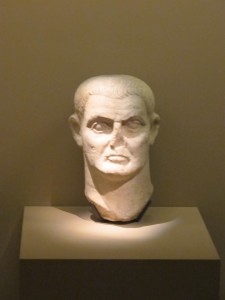 Antonius however got farther and farther away from Rome and his seat of governance, which eventually led to his enemy’s upswing. A clash between his worst concurrent Octavian was inevitable and led to a final sea battle at Action the 2 September 31 when Antonius and Cleopatra lost against Octavian. One year later the latter marched into Alexandria and murdered Antonius. A few years afterwards, grief stricken and overruled, Cleopatra killed herself. She was then 39 years old and had governed during 22 years.

The location of her tomb is still a mystery just as her life has long been. But let us fantasize that she was buried together with her beloved Antonius somewhere on the outskirts of Alexandria.

Perhaps, one day, she’ll resurrect, beautiful and strong, like a nymph, from the bottom of the Mediterranean Sea? The archaeologists continuously make new discoveries in this country full of mysteries… 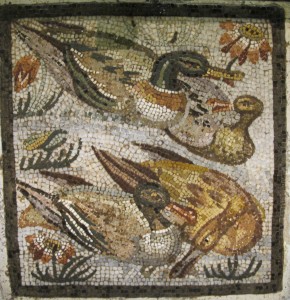 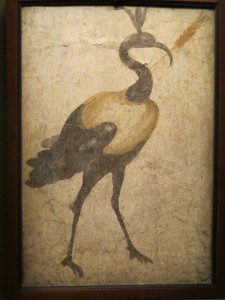 La Pinacothèque is situated next to the Madeleine church, close to Place de la Concorde where the Obelisk, given to France in 1829 by Mohammed Ali, stands erect – as a memory of times past. So it’s utterly fitting to show Cleopatra just there.

The show is divided into two parts. In one of the two places, the archaeological findings of Cleopatra – (or statues one believes represent her) and other interesting antique Egyptian objects that I hadn’t previously seen whether in the Cairo Museum or the Egyptian Museum in Turin – are concentrated. 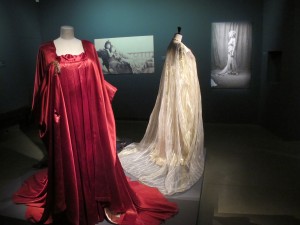 In the other location, several fascinating paintings (not all of the same quality I must admit…) are displaced, mainly depicting Cleopatra’s suicide – like the painting by Achille Glisenti from 1878.  But also scenery costumes from films, ballets and theatre plays about the “Egyptian mythological Queen”.

Kitsch is mixed with works of art of high quality; a mixture one might like or not, depending on taste and interest – you’ll have to come to Paris to decide for yourselves. However what I can promise you is a fantastic voyage to a far away land with its unique history…. 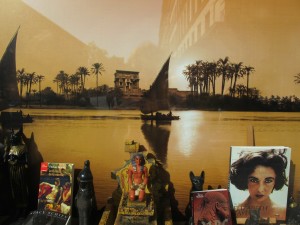