Ma grandmère d’Arménie (Michel de Maule, 2015) is the title of Anny Romand’s touching book about her ancestors’ genocide by the Turks during the years 1915-18. A genocide that the Turkish government still hasn’t acknowledged and which thus weighs heavily on the nation’s shoulders. This is my interview with the author and granddaughter. 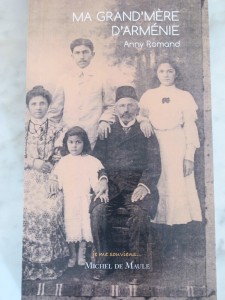 You have written the story of the Armenian genocide in a very personal way. How come?

– I found my grandmother’s notes and that was the beginning of my own tale. I grew up with her and since childhood I’ve been hearing these horrid stories.

Why did you wait until now to write about it?

– Well, I’ve been thinking about writing a book for a long time but never knew how to go about doing it. Then in 2014, after my uncle’s death, I found my grandmother’s notebook, written in French and in Armenian. She had hidden this thin booklet during her forced march and eventual escape, noting down every step of the genocide and all its distresses.

Can you tell me a little about what happened to your uncle during the deportation?

– My grandmother, an intellectual and linguist, had two children, one baby and a son of four when the massacres started. The Turks evicted the Armenians and emptied their houses, which they then handed over to Kurdish families who previously had been treated as outcasts and were generally very poor. Armenian men and women were then separated. The men were shot; women, children and elderly were sent away in convoys towards the desert and camps far away.

What happened to her husband?

– He was away on a business trip and would probably have survived if he’d only stayed away, but he insisted in coming back home and got shot along with the others.

In the meantime your grandmother and her children were sent away with the convoys?

– Exactly and she was only 22 years old then. They walked and walked and weren’t given anything to eat. Eventually they arrived in a sort of centre where they were promised that the infants would be cared for, but instead they were all killed with poisoned milk. She then understood that all children would eventually meet the same fate, so during one of the marches she quickly handed over her son to a Turkish farmer hoping that he’d be cared for. 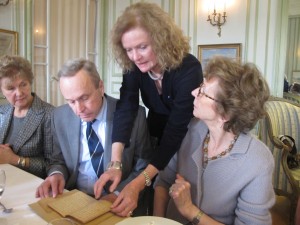 And then what happened to her?

– She managed to escape her tormentors twice. The first time she was found but the second time, she managed to hide with a Greek family where she stayed on for another two years. After having heard that the tormentors where loosing their grip somewhat and with the help of some money, she travelled to Constantinople. From there she paid her way over to France. In Marseilles she was immediately accorded a permit to stay – along with 100 000 other Armenians who had also managed to escape.

How did she manage to earn a living in France?

– As she was intellectual and spoke French it was easier for her than for many others. However she’d been married of at the age of 15 and had never worked before. She went to Paris and learned to sew and became a seamstress.

So your mother was born in France?

– Yes, my grandmother remarried and they had a daughter who then married a man from Marseilles to where the family eventually moved. My parents didn’t have much money, so my mother worked and my grandmother tended to me.

It was then that she told you about her life in Armenia and the genocide?

– Yes, days on end she told me again and again the horror stories that pursued and haunted her as well as the grief of having lost her daughter. My mother was furious at her for telling me, but to no avail. In the same time, she was a wonderfully warm and caring grandmother. She just couldn’t help herself. Her memories were too overwhelming.

And what happened to her son?

– After the massacre, in 1918, the Russians arrived to Turkey and liberated many children found in different orphanages. My uncle was one of these. Despite his young age, he could remember and identify my parents thanks to a photography taken during their wedding. Thus he could be reunited with his mother.

You write as a little girl speaks. How come?

– I’ve used that style in order to lighten up the story a bit. I mix my own memories from my childhood with my grandmother’s notes.

You choose to write the book once you had become a grandmother yourself.

– Yes, it was only when I’d found the notebook that I understood the importance of transmitting the story to my children and grandchildren. The worst thing one can do is to silence family traumas. The truth has to be exposed. However I had struggled with the proper manner to present these awful stories to my grandchild. Then I got the idea of writing as a child talks and feels. 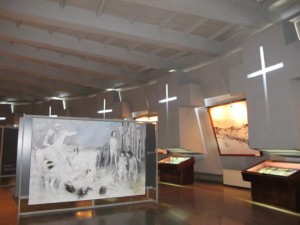 The genocide museum outside of Yerevan

Anny knows what she’s speaking about for she has a psychology exam. She’s also worked as an actress and nowadays she reads aloud from Nobel’s literature prize works in a beautiful setting, in an ancient palace in the heart of Paris. 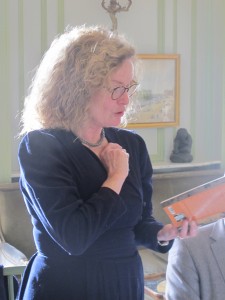 I visited Armenia a few years ago and saw the museum dedicated to the Armenians who died during the genocide. It’s situated in the outskirts of Yerevan, the capital of Armenia. Repetitive murders of Armenians had taken place since the end of the 19th century and culminated between 1915 and 1918 when the Turks murdered 1,5 million Armenians of the 2 million living there. An imposing monument has been erected there too with an eternal fire burning. It’s become a yearly pilgrimage place for honouring the dead.

In order for a population to heal its wounds though, it demands more than books, monuments and museums. It’s essential that the Turks ask for forgiveness and try to mend some of the past traumas. The Germans have quite successfully tried to do so after the horrors of the holocaust and Hitler’s madness. It’s essential for the victims but also for the perpetuators of the crimes. Otherwise it’s difficult to find a positive balance in life with a heavy conscience continually fretting even if only on an unconscious level. The question is whether the Turks are ready to do what’s demanded of them? Sadly it doesn’t seem so with this government still denying their role in the Armenian genocide, rendering any possibility of reconciliation impossible. 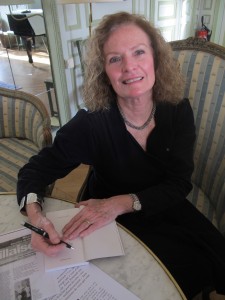